Future Vertical Lift: the next-generation rotorcraft of the U.S. Military

As the lead providers of Attack, Assault, and Heavy Lift Helicopters for the Department of Defense and with a proven track record and a demonstrated ability to exceed customer requirements for those missions with these programs of record, Boeing and Sikorsky have joined forces to develop the SB>1 DEFIANT™ for the DoD. Defiant is a fully integrated aircraft that represents an evolution of the military’s most capable platforms. Designed for the Army’s attack and assault missions as well as the Marine Corps long-range transportation, infiltration and resupply missions, the SB>1 DEFIANT™ is uniquely suited to provide the warfighter with unmatched capabilities for the U.S. Military’s various missions.

Sikorsky and Boeing have designed the SB>1 DEFIANT™ to provide the right combination of speed, lift and range that are paramount to both the assault and attack missions while increasing overall maneuverability and agility. Developed with 85 percent commonality between attack and assault aircraft, the SB>1 DEFIANT™ will reduce development and life-cycle costs and ensure minimal disruption or loss of existing rotorcraft expertise. Its open mission systems architecture allows rapid technology and capability insertion to meet evolving FVL requirements and provide the U.S. Military with evolutionary sustainability, affordability and readiness for years to come.

The aircraft’s capabilities are largely derived from the X2 rigid co-axial rotor system which has already proven its airworthiness through flights of the X2 and S-97 Raider. With two coaxial rotors on top that rotate in opposite directions, the extra lift from each rotor’s advancing blade balances out the diminished lift from the opposite side’s retreating blade to eliminate retreating blade stall. To provide the raw forward thrust for fast flight, the back of the SB>1 DEFIANT™ mounts a pusher propulsor, allowing the aircraft to fly twice as fast and twice as far as today’s conventional helicopter while increasing the overall maneuverability and agility required for specific mission objectives. This additional flight component also provides unique and unmatched maneuverability in all flight regimes including hover, low-speed flight and high-speed flight.

The perfect paradigm for upgradability and survivability in an open architecture environment, the SB>1 DEFIANT™ is ready to serve the U.S. Military for decades to come. 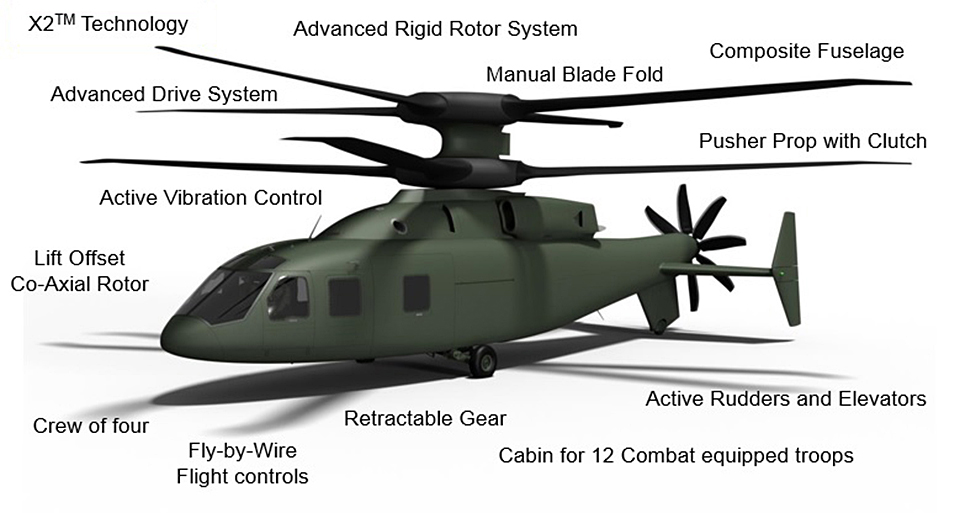 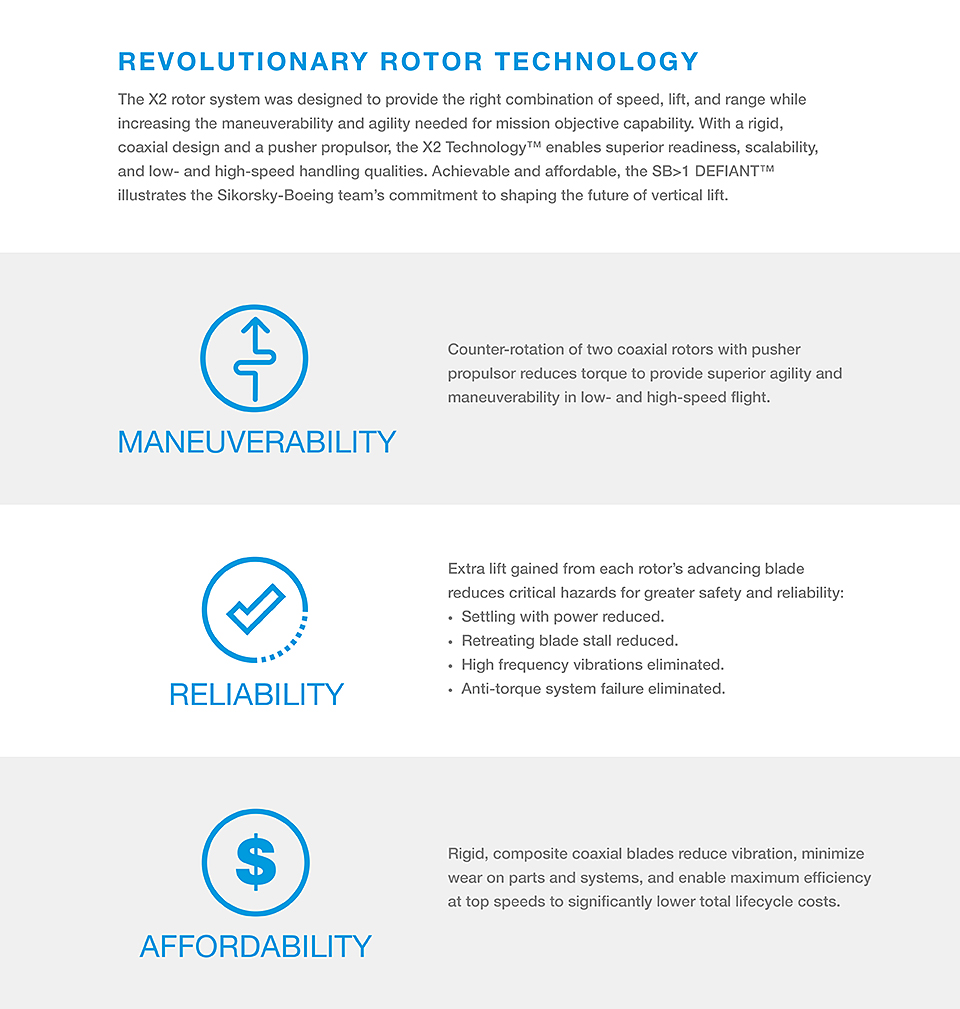 The advanced lift offset co-axial rotor system enables pilots to easily maneuver in and out of areas more efficiently than existing designs. 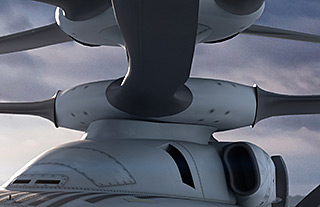 The propulsor enables the helicopter to go twice the speed of conventional helicopters while decelerating at a moment’s notice. 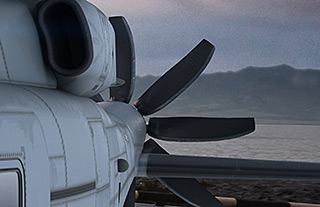 Twice the speed. Twice the distance.

The propulsor enables the helicopter to go twice the speed and twice the distance of conventional helicopters while decelerating at a moment’s notice. 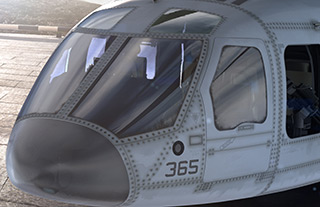 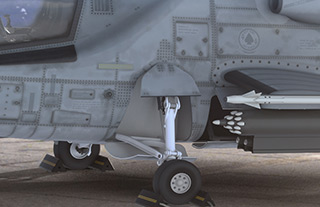 With a relentless dedication and commitment to meeting and exceeding customer expectations, Boeing continuously supports the vital missions of defense forces around the world. Trusted and in-demand by the United States Army, Navy, Marines and Air Force and by allied defense forces in more than 20 countries across the globe, Boeing vertical lift platforms provide protection and relief in a constantly changing global environment.

As part of Future Vertical Lift, the Sikorsky-Boeing team is working with those customers to determine the revolutionary capabilities critical toward successful missions in the future. The team has partnered with the U.S. Army Aviation and Missile Research Development and Engineering Center (AMRDEC) to build and fly the SB>1 Defiant™ joint multi-role technology demonstrator as a precursor to the formal acquisition program.

With superior maneuverability and agility at twice the speed and range of today’s helicopters, the SB>1 Defiant™ will enhance our soldiers’ operational capabilities for any mission.