For the global aerospace industry, the Asia-Pacific region is of strategic importance and one of the most critical and fastest growing regions in the world. With busy international sea lanes, critical port infrastructure, shared use of maritime waterways and resources and geopolitical challenges, there has always been a need for security of operations within the maritime domain as well as peace, stability, and prosperity for all nations.

Boeing has been that trusted partner to several military customers across the region, offering modern, advanced and upgraded capabilities required to deliver performance, readiness and affordability, as many of the region’s militaries undertake active modernization programs.

“The pandemic has impacted countries around the world in profound ways and Boeing is committed to doing all it can to help the world to weather the pandemic safely. We are taking the time to really listen to our global customers’ needs and are emphasizing the benefits of Boeing’s refreshed business strategy to them. By focusing on our ability to deliver the most digitally advanced, simply and efficiently produced and intelligently supported solutions to our global customers, we’re providing them with the speed, flexibility and predictability that they need to field faster, fight smarter and stay ahead of future threats. And we’re doing it with a focus on safety, quality and integrity.”
- Heidi Grant, President, Business Development

Boeing has also been steadily expanding its presence in the region and pointed to the opening of Boeing offices in Hanoi and Jakarta to support our growth aspirations across the commercial airplanes, defense, and services businesses.

“On the defense and services side, we have Boeing teams on the ground supporting our customers' programs and to ensure that we are delivering on our commitments,” said Maria Laine, vice president, Business Development. “We have been in discussions with our armed forces customers in different countries about their existing and future capabilities, as well as the specific outcomes they are driving toward when it comes to fleet operations and readiness.”

Boeing anticipates $70B in opportunities over the next five years in the Asia-Pacific region, driven by strong demand for intelligence, surveillance, and reconnaissance capabilities such as P-8 and autonomous systems, fighter and training aircraft, vertical lift and attack helicopters, and sustainment and training solutions.

“We see nations seeking to enhance and build indigenous capability to grow their aerospace industry and contribute to their national defense. This is why deepening industrial partnerships in the region remain core to our approach to maintaining industry leadership and serving our customers,” Laine added.

Driven by the need for intelligence, surveillance, reconnaissance capabilities, multiple customers in Asia-Pacific have selected and operate the P-8, including Korea, India, New Zealand and Australia. Deployed around the world, with over 142 aircraft in service, and over 400,000 collective mishap free flight-hours, the P-8A is vital for global anti-submarine warfare; anti-surface warfare; intelligence, surveillance and reconnaissance; and search and rescue missions. Boeing has delivered 110 full production P-8A Poseidon aircraft to the U.S. Navy. 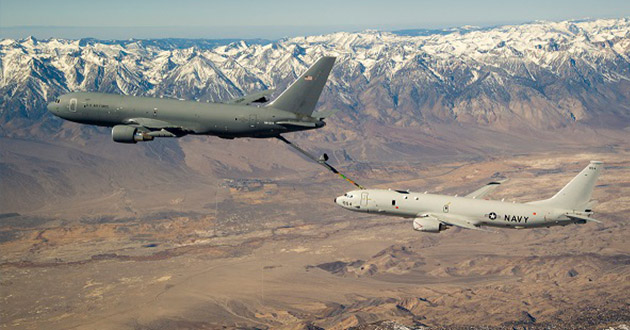 Fitted with an in-flight refueling system, a U.S. Navy P-8A practices refueling with a KC-46A tanker over the mountains of Southern California. US Air Force photo

Defense autonomy is another area that is transforming the battlespace of tomorrow, and enabling warfighters to see, listen and reach farther than ever before so that they can make critical decisions faster. Randy Rotte, Business Development senior director, Asia-Pacific, Southeast Asia and India, explained that Boeing is helping global defense customers to adapt and stay ahead of threats with greater agility.

“Boeing’s autonomous systems portfolio is critical to helping customers in the region stay ahead of threats through persistent ISR and to reserving crewed assets for the most important mission – acting on the data and intelligence received,” said Rotte. “Boeing subsidiaries Insitu and Liquid Robotics have demonstrated that the ScanEagle, Integrator and Wave Glider can provide this level of power and persistence. They are key components of Boeing’s work to create a seabed-to-space network of crewed and uncrewed assets that can make existing platforms smarter, missions safer, and operations more efficient.”

Another key theme Boeing sees in the region is on air defense, a renewed focus on fleet modernization and vertical lift as it relates to humanitarian assistance/disaster relief and search/rescue.

Our advanced F-15EX, F/A-18 and T-7 fighters and trainer platforms continue to generate a great deal of interest from international customers, including in the Asia-Pacific region, as they look to modernize their fleets and enhance their force structures.

The F-15EX’s contemporary sensors and radar, advanced cockpit, and range, speed and payload capacity have resulted in a modernized platform that will serve as a key asset in any force structure - today and into the future. 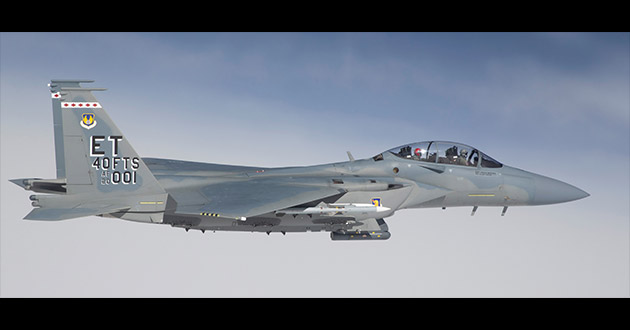 The F-15EX Eagle II prepares to fire a missile during a Weapons System Evaluation Program mission.

“Since we anticipate T-7 to be a franchise program for much of the century, beyond the current U.S. Air Force contract, we see potential global market opportunities for these aircraft plus ground-based trainers and advanced simulation technologies,” said Rotte. 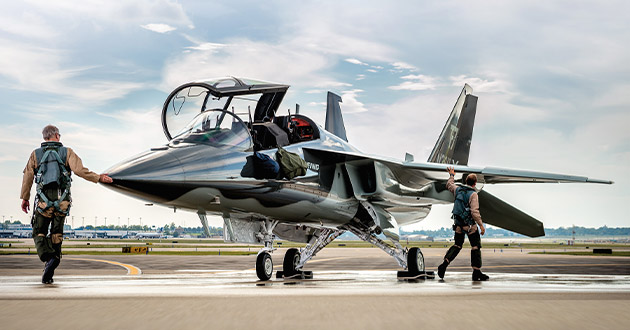 A T-7 aircrew performs a walk-around inspection of the advanced trainer before another flight. The digitally designed, built, and tested aircraft recently recorded its 400th flight as part of its rigorous engineering, manufacturing and development flight test program

The F/A-18 Super Hornet for India is ideally suited for India’s carrier borne fighters requirements. As the most advanced, multi-role, frontline fighter of the U.S. Navy, with a rapid technology insertion plan that will outpace threats for decades to come, the F/A-18 Super Hornet was specifically designed, from its inception, for carrier operations. 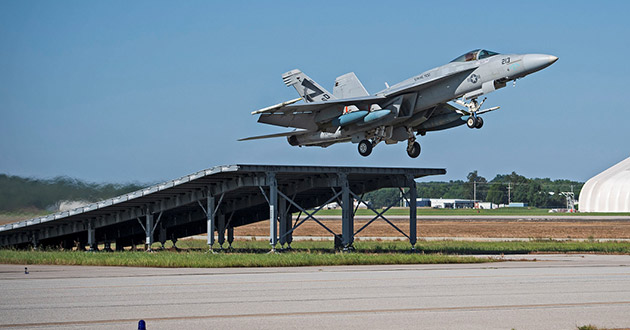 Airborne early warning & control is another capability that provides critical surveillance, communication and battle management for control of any airspace. The global E-7 fleet includes 14 operational aircraft that have a maximum unfueled flight time of about 9 hours and a range of 3,000 nautical miles. The Republic of Korea Air Force, Royal Australian Air Force and Turkish Air Force, and soon the Royal Air Force, utilize the E-7 and its proven next generation capabilities that are second-to-none. 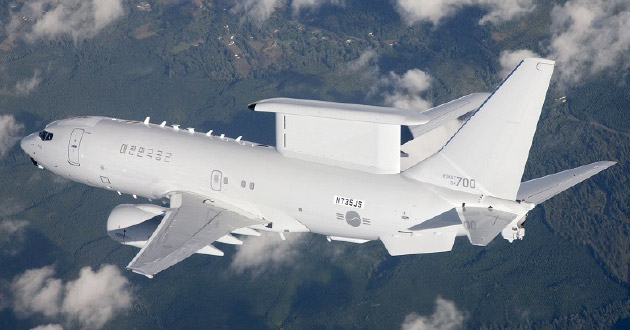 Heavy lift and attack capability is another theme that Boeing sees strong demand for in Asia-Pacific. The H-47 Chinook and V-22 are essential for humanitarian assistance and disaster relief, search and rescue, and general mobility needs across remote island and ocean territories in the region.

“Japan and Korea are among the top three global operators in the world with the largest Chinook fleets and we see strong demand to keep the platform relevant for the future. Australia has also selected the AH-64E Apache to provide them with a low-risk, fully-integrated, battle-proven capability which is interoperable with Australia’s key allies, and four additional F model Chinooks,” said Rotte. 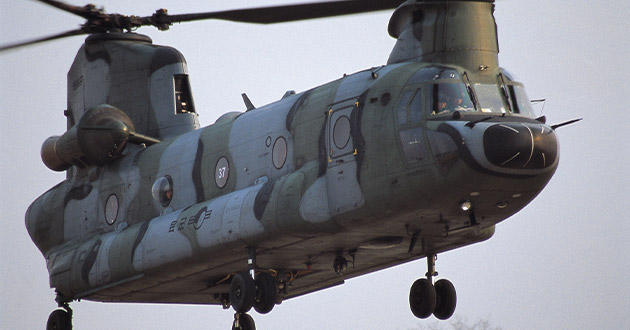 Boeing continues to deepen partnerships with suppliers and partners and expand its presence in the region. Highlighting Boeing’s long history of business, industry and technical partnerships in Asia-Pacific, Laine explained that it is through close partnerships and investments that Boeing has been able to deliver on its commitments and provide new, advanced capability to customers.

“We continue to collaborate with Japan’s industry partners on key programs such as the F-15, Chinook, V-22, Apache, E-767, 777 VIP aircraft and KC-767. In Korea, Boeing has maintained a strong relationship with the country’s aerospace industry for over 60 years and will leverage those existing relationships to help develop the capabilities of the Korea aerospace ecosystem, “said Laine

Australia is another example where the Airpower Teaming System program is being supported by an Australian industry team with design, development and manufacturing occurring across four Australian states with more than 35 Australian companies contributing to the program. “It’s been incredible to partner with the Australian government to design and manufacture locally an incredible, innovative capability for our Royal Australian Air Force customer,” said Laine.

In India, Boeing is working with over 275 suppliers that manufacture critical systems and components, including aerostructures, wire harness, composites, forgings, avionics mission systems and ground support equipment, for some of Boeing’s most advanced commercial and defence aircraft.

“Customers across Asia-Pacific have placed their trust in Boeing to sustain and upgrade their fleets, support high operational readiness rates, expand parts availability, and maximize partnerships with local industry. All of those goals are key elements of our Boeing Global Services business, and we are proud of the work with are doing with our customers and our in-country industrial teammates.” Ballew said.

Demand for the Government Services business remains stable, driven by both U.S. and international military aircraft fleet expansions. Boeing expects the government support and services 10-year market (between 2021 and 2030) to be worth $1.5T. In the Asia-Pacific region, Boeing projects a demand for $210 billion in government services over the next decade, with Northeast Asia driving approximately half of the demand.