The first engineering and manufacturing development T-7A Red Hawk advanced trainer group made its debut in Saint Louis. The new U.S. Air Force trainer carries twin red tails in homage of the airmen who flew red tailed P-51 Mustangs into combat and into history as the first African American aviation unit in the U.S. military.

“We’re honored to build and fly this digitally designed, advanced trainer,” said Ted Colbert, president and CEO, Boeing Defense, Space & Security. “The T-7A Red Hawk proudly carries on the heritage of the Red Tails - reminding us of the Tuskegee Airmen's dedicated service to this nation. We look forward to providing the Air Force with a training system that will train and develop new generations of heroes for decades to come.”

Special guest for the roll out ceremony was Tuskegee Airman, Lt. Col. U.S. Air Force, (ret.) George Hardy, who said his friend and fellow Tuskegee Airman, the late Brig. Gen. Charles McGee was represented in spirit by his two children at the event.

“All of my fellow Tuskegee flyers would be very proud to see these red tails on this beautiful jet,” said Hardy as he motioned to the T-7A Red Hawk. “It’s wonderful that we are being honored in this way.”

“With the rollout of the T-7A Red Hawk we are honoring our heritage as we usher in a new and exciting era of pilot training,” said Lt. General Richard M. Clark, Superintendent of the United States Air Force Academy, and keynote speaker at the rollout ceremony. “This aircraft links our storied past to the possibilities of our future, and will enable the next generation of Air Force leaders to fulfill their unlimited potential.” 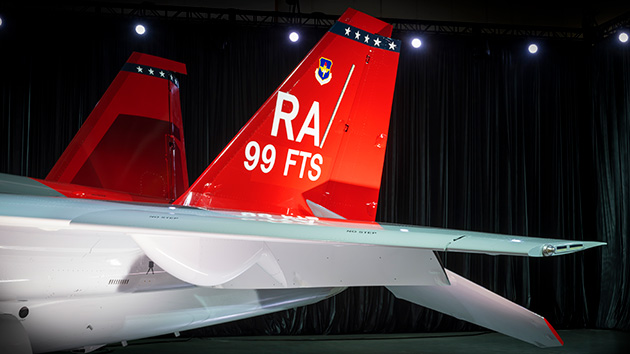 The advanced trainer is assembled at Boeing’s St. Louis, Missouri site. The aft section is produced by Saab and digitally joined along the production line.

“I’m so proud of this team,” said Paul Niewald, vice president Boeing T-7 programs. “Overcoming production and test challenges brought on by the global COVID-19 pandemic over the past two years and bringing this new technology to the forefront of fighter training will ensure that U.S. Air Force fighter pilots are getting the best training in the world.”

This first T-7A Red Hawk, produced as part of the engineering and manufacturing development phase of the program, is scheduled to undergo ground and taxi tests before its first flight.