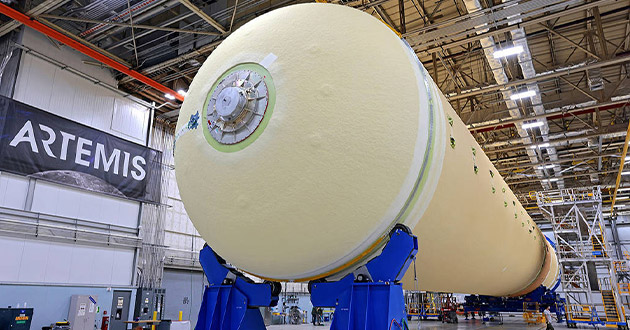 Four of five sections of the second core stage have been assembled as a result of the recent connection of the hydrogen tank, oxygen tank and connecting structures.

As Artemis I, the first in a series of missions that will enable human exploration to the Moon and Mars, completes final preparations ahead of a fueling and countdown rehearsal and first flight, technicians at Michoud Assembly Facility (MAF) near New Orleans are already working on the massive components for future Artemis missions.

As it has done for the first Artemis mission, the Boeing Space Launch System team will provide the 212-foot-long (64.6-meter) core stage for the second Artemis flight — and future Artemis missions. Later, Boeing will also provide an Exploration Upper Stage (EUS) that will be one of the most powerful in-space vehicles ever flown.

“By the time Artemis I ends, we will be well on our way to finishing equipment for Artemis II,” said Jennifer Boland-Masterson, Boeing’s director of operations at MAF. “As we look to the future of the Artemis program, I am especially excited about the new capability currently in development for EUS.”

The second core stage is nearing its final form with the recent connection of the hydrogen tank, oxygen tank and connecting structures. This connection solidifies four of the five sections of the core stage. All that will be left is to pair the engine section and the RS-25 engines themselves. 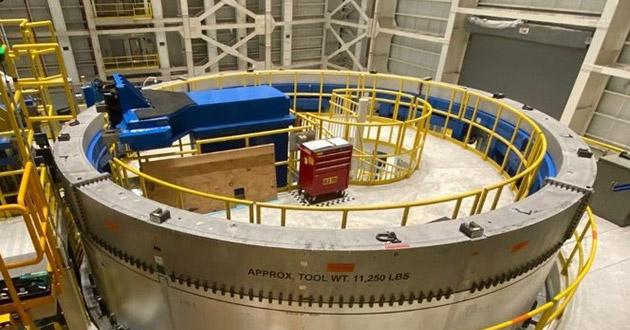 Just as the massive elements of the core stage required advanced tooling, the scale of EUS required novel thinking to build an upper stage with the ability to loft massive payloads into deep space. With innovation and optimization at the forefront of planning, the Boeing team at MAF developed processes to build EUS using some of the same tooling for the core stage. The team is even leveraging some of the same workforce and suppliers to manufacture EUS as well.

The Boeing weld team at MAF recently confirmed by manufacturing a full-scale weld confidence article that the weld parameters, production weld tooling and flight-like hardware on EUS all came together seamlessly.

“Precision is paramount at this stage,” said Dan Moran, senior program manager for EUS. “The weld confidence article test gives us assurance that we have a robust manufacturing approach that aligns with the engineering design.”