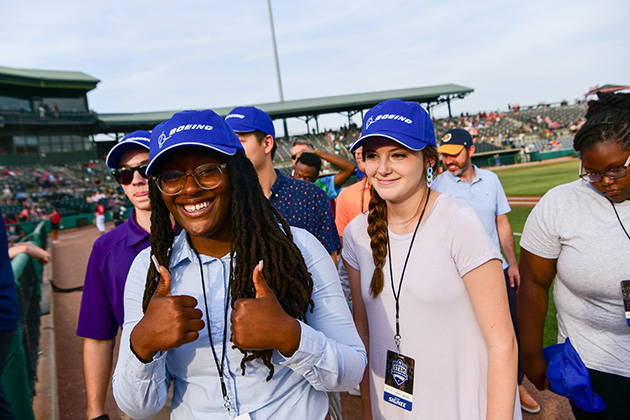 Johlesa Orm, a senior at Charles A. Lindbergh High School in Renton, Washington, is already committed to studying STEM (science, technology, engineering and math) after she graduates. She’s been focused on preparing for her future career all through high school.

“Some friends and I started a club for girls to learn new coding languages and practice our skills. About 10 of us meet every other week,” Orm said. “I am also taking an advanced manufacturing course called Core Plus Aerospace, which I decided to pursue to see how I might apply computer science in different ways.”

It was for students such as Orm that Boeing created STEM Signing Day in 2017. Since then, more than 2,000 STEM students in more than a dozen states across the U.S. have signed letters of intent to pursue college STEM degrees.

“Just like signing day for athletes, STEM Signing Day is meant to recognize the hard work, the motivation and the potential these young students have in front of them,” said Mark Cherry, Boeing Vertical Lift general manager and vice president, who spoke at the event at Philadelphia’s Subaru Park. “There is equal, if not more, emphasis that needs to happen on all of our STEM students who put in so much hard work to represent the future of technology.” 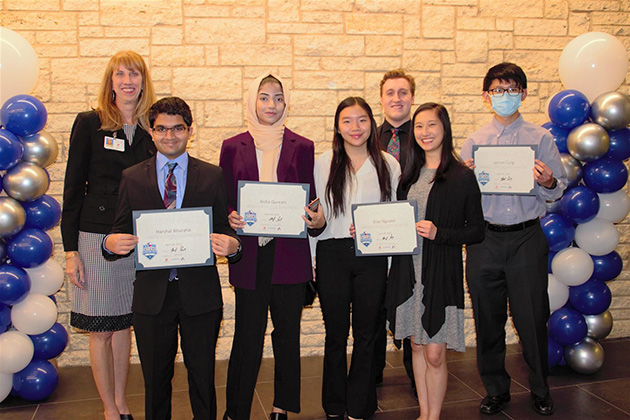 Many STEM Signing Day events returned to an in-person setting for the first time in two years. In Chicago, students signed letters of intent at Adler Planetarium against the backdrop of the picturesque city skyline. In Charleston, the Riverdogs – the city’s minor league baseball team – welcomed 90 students onto the field for a recognition program at Joseph P. Riley Jr. Park. Student honorees in Los Angeles shared their career goals virtually during a Board of Education meeting.

“In the ninth grade I witnessed my first helicopter landing, and was sure that’s what I wanted to do,” said Anadalay Angel, who will be attending California State University, Long Beach in the fall to study aerospace engineering.

One thing all the events had in common: optimism about the future.

“This fall, I will be studying computer science at the Massachusetts Institute of Technology with the goal of applying my skills and knowledge to find solutions to challenging problems in civil engineering or medicine, such as using technology to support fatigued doctors,” Orm said.

All STEM Signing Day students are also offered the opportunity to participate in the Boeing Mentorship Program, which matches students with Boeing employees currently working in a STEM field.

“I applied to this program to get a better understanding of the real-world job opportunities available to engineers,” said Ryan Grabowski, a 2021 mentee and current Embry-Riddle Aeronautical University student. “I learned more than I expected about the duties of engineers such as project engineers, industrial engineers and others.”

“I had a very positive experience with my mentee,” Burgess said. “I understand the challenges that students face upon entering a STEM field, and I provide insight and advice based on my own experiences.”

“These students are the innovators of tomorrow, and all of us at Boeing are here to support them and cheer them on as they reach their STEM goals,” said Bernice Billups, director of Boeing Global Engagement. “It is especially important that we open the doors to STEM careers for students who normally wouldn’t be exposed to these career paths.”