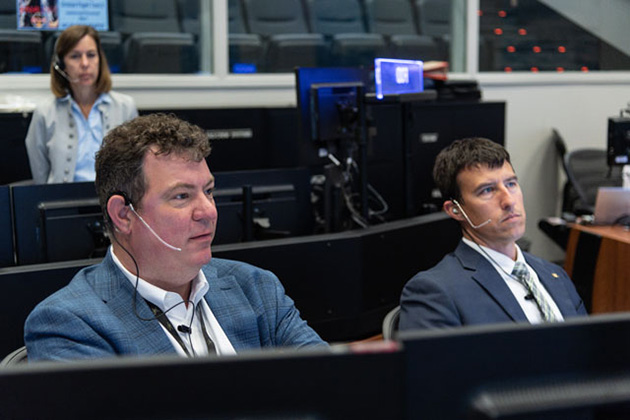 If credit is given where credit is due, there are thousands of people to applaud for the CST-100 Starliner’s successful Orbital Flight Test-2, or OFT-2. But in the moments between leaving Earth and landing back on U.S. soil, four flight directors took charge: Saturn, Carbon, Lion and Redstone — the call signs for Starliner’s skippers.

The flight controllers worked hand-in-hand with Boeing’s Starliner engineers in an arrangement similar to the way NASA and Boeing work together to operate the International Space Station. 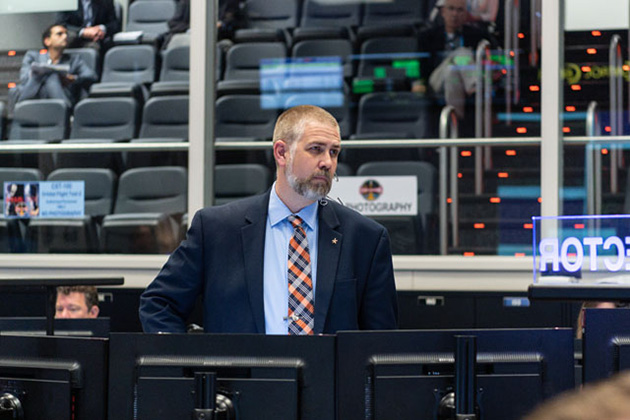 Van Cise was responsible for safety and mission success for Boeing by ensuring his team was prepared for any unforeseen issues that might come their way, then successfully demonstrating their readiness on the historic flight.

The unprecedented arrangement with directorate personnel being part of the Boeing Starliner program team enables Starliner missions to be flown by flight controllers with a wealth of experience in human spaceflight, from the same room that hosted the Space Shuttle program and just down the hall from the control room for the International Space Station in Houston’s Mission Control Center.

From the heart of that room, Mike Lammers — “Saturn Flight” — led his Mission Control team in Houston; Boeing and United Launch Alliance (ULA) teams in Florida; and the ULA ascent team in Denver through prelaunch, launch, spacecraft separation, orbital insertion and the first major burn that put Starliner into the correct orbit for catching up to the space station.

For a flight without crew members on board to take control of the vehicle if necessary, Lammers’ team on the ground was ready to face any challenges that could arise in space.

The integrated team worked to overcome challenges they knew they might encounter on this test flight. With only about 24 hours between launch and docking, Lammers’ team rallied and overcame a few early glitches the new spaceship threw at them. 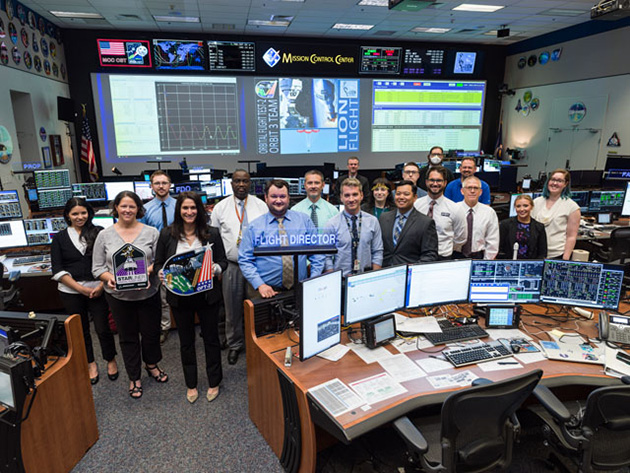 For a majority of the time Starliner was in free-flight on orbit, Chloe Mehring – “Lion Flight” – was in charge. Her team checked off flight-test milestones to demonstrate the spacecraft’s systems and assisted with the planning for future dynamic operations including rendezvous and docking.

All of the controllers value the ability to communicate an issue, then listen to all possible solutions – a key to just about anything in life, and something especially vital in spaceflight operations.

The team in Mission Control understands signatures of systems, what is allowable, and what needs to be done to resolve an issue. But for a test flight, Mehring’s team also relied on engineers in another room who have spent more time with analysis and test data to understand why a signature is the way it is. The ability to understand each other and work through issues was demonstrated throughout this mission, and ultimately led to Starliner meeting all flight-test objectives.

“Our engineering teams work so closely together that we think of ourselves as one team, badgeless with a lot of capabilities,” said Terri Puckett, a software engineering manager who worked on the space station in its earliest days, through construction and its current operations.

About 26 hours after Starliner launched from Cape Canaveral Space Force Station in Florida, a spacecraft run by flight controllers at Johnson Space Center in Houston docked autonomously to the International Space Station, without the assistance of astronauts on board, for the very first time. Van Cise was on console for that major milestone.

A memorable moment of OFT-2 was when the console’s Command & Data Handling officer announced the spacecraft flight software mode had switched to “docked” mode and the Flight Activities Officer announced that the Onboard Flight Manager had finished all of its actions in the rendezvous and docking sequence.

He helped connect Starliner to station power and data, then prepared for hatch opening the following day.

Ultimately the teams worked together just like they trained.

The simulation teams work hard to give them challenges so they’ll be ready to face the unknown issues a test flight can bring. There were some unforeseen engineering challenges on this test flight, but the teams put that training into practice and worked through them to accomplish Starliner’s mission of docking with the International Space Station, spending a couple of days docked, and then returning back to the American Southwest.

Starliner is a critical element to ensure safe, reliable crewed access to the International Space Station. It is of great national importance that we accomplish our mission of providing an additional United States crewed vehicle and OFT-2’s docking to the ISS and subsequent safe return was an integral early step in the lifetime of the Starliner program.

When it was time for Starliner to return home, Lammers returned to console. He spent the days in between his flight director duties working with the Starliner Mission Management team and the ISS Mission Management Team to ensure the spacecraft remained healthy. He also communicated with meteorologists on the weather conditions for a safe landing at White Sands Missile Range in New Mexico.

During atmospheric re-entry, superheated plasma envelopes the Starliner capsule and blocks communications with the ground. That leaves the team to wait for the spacecraft to emerge as it’s flying toward White Sands. NASA put up a WB-57 to track the spacecraft, and when it acquired the spacecraft and started feeding video, the teams knew they had executed a successful mission.

After landing, when Lammers’ team turned over the spacecraft to the recovery team, everyone came onto the floor of Mission Control and celebrated.

Mehring served as a flight controller for OFT and a flight director for OFT-2. She has seen firsthand the dedication of so many people who’ve spent years working toward this successful mission.

Since landing, flight directors have spent a lot of time with Boeing’s engineering team talking about, working through, and resolving the few anomalies Starliner experienced during the flight.

“A big part of these early flight tests is learning what to expect from the spacecraft and seeing how the spacecraft systems will behave during flight,” said Dave McCann, Boeing’s chief engineer for Starliner.

Next up for the Starliner team is prepping the next spacecraft for the Crew Flight Test toward the end of this year. The spacecraft, which flew the first orbital flight test mission in 2019, will perform a mission nearly identical to the just-completed OFT-2 flight, but this time including NASA astronauts who will spend some time aboard the ISS before returning to Earth.

The flight controllers, engineers, and crew have already begun simulating the upcoming mission – pursuing perfection by getting ready for every situation.