“This is the game-changer,” McDaniel said to a room full of Air Force airmen and Boeing employees at the Boeing Military Delivery Center in Tukwila, Wash.

For the final flight of his 31 years of military service, Gen. McDaniel piloted Boeing’s 62nd KC-46A delivery to the Air Force and the ninth delivery to Joint Base McGuire-Dix-Lakehurst in New Jersey. As a longtime KC-135R Stratotanker pilot with more than 3,300 flying hours under his belt, the general was impressed with the Pegasus’ next-generation capabilities—and expressed his appreciation to the Boeing team members who build it. 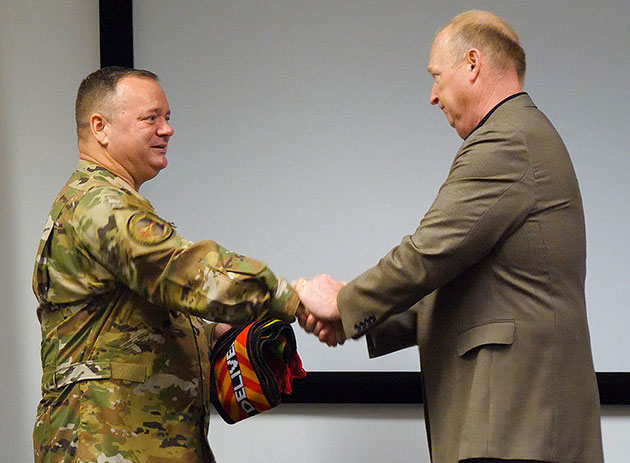 “What you’ve been able to produce… is absolutely top-notch,” he said to a group of Boeing employees in attendance from the Everett Modification Center, where the KC-46A is made. “You’ve done an outstanding job.”

McDaniel went on to thank everyone from Boeing who builds the KC-46A from day one to be the world’s most advanced multi-mission aerial refueler. 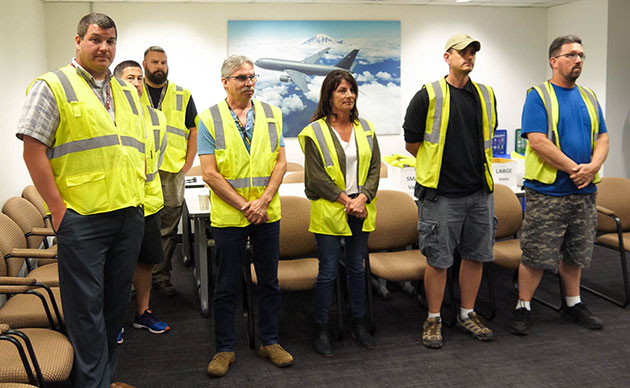 Boeing team members who build the KC-46A at the Everett Modification Center listen to Brig. Gen. Charles B. McDaniel's remarks before his final flight.

“You turn (the KC-46A) over to us to go out and execute the mission, but we know deep down in our hearts that if you didn’t do what you do every single day, then we wouldn’t be able to do what we need to do,” he said.

“I will always be true to the tanker and nobody will kick ass without tanker gas. Period, dot.” 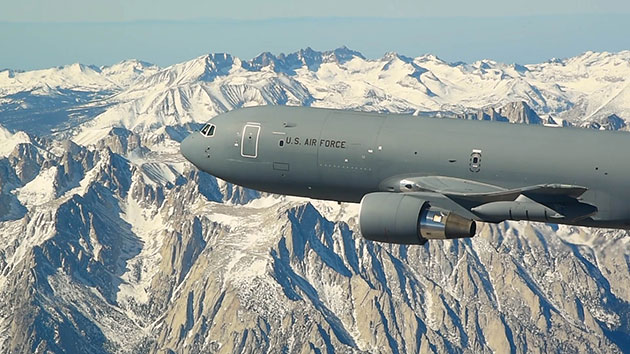