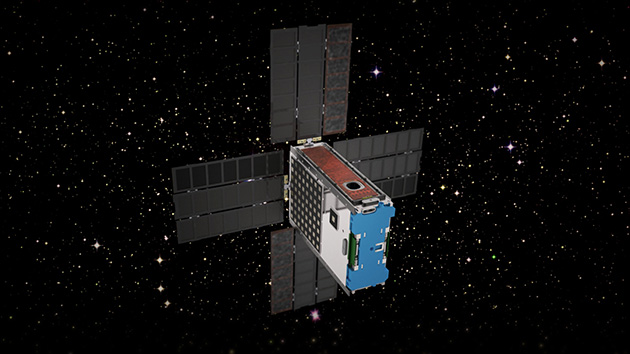 The Space Launch System rocket’s upper stage, called the Interim Cryogenic Propulsion Stage, or ICPS, steered the Orion spacecraft after the Boeing-built core stage separated about 8.5 minutes after liftoff. Firing its engine at two different points in the flight, the ICPS boosted the uncrewed Orion to an Earth-escape velocity on a precise path toward the moon.

ICPS is a modified Delta rocket second stage built by United Launch Alliance, or ULA, for Boeing. Orion is now on course for a historic nearly 26-day mission to orbit the moon before returning to Earth. 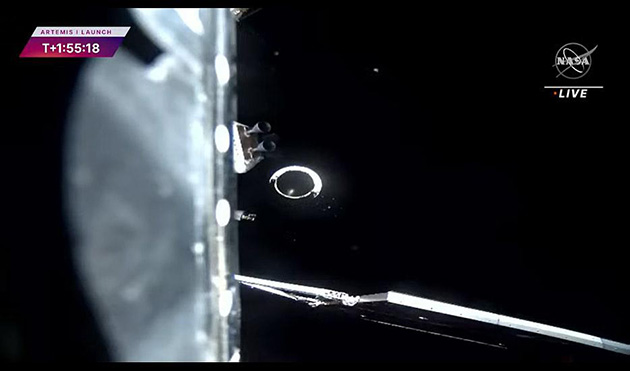 View from Orion after separation from the ICPS.

Next, the CubeSats were deployed one at a time from spring-loaded canisters in the Orion stage adapter, which remained attached to the ICPS.

“The ICPS’s most important attribute for this part of Artemis I is that it’s adapted from a Delta system that has a 100% successful mission history,” said Rob Broeren, ICPS program manager for Boeing. “Being part of the design team for the Delta IV rocket was a big career highlight for me. Watching ICPS do its job — and SLS take the first step toward sending humans to Mars — is even bigger.”

“Because SLS is the most powerful rocket in existence right now, and will be even more powerful in the future, it has huge payload capacities,” said Kip McClung, ICPS deputy program manager for Boeing. “In this mission, it’s not using anywhere near its full capacity. So there’s lots of room to bring up CubeSats.” 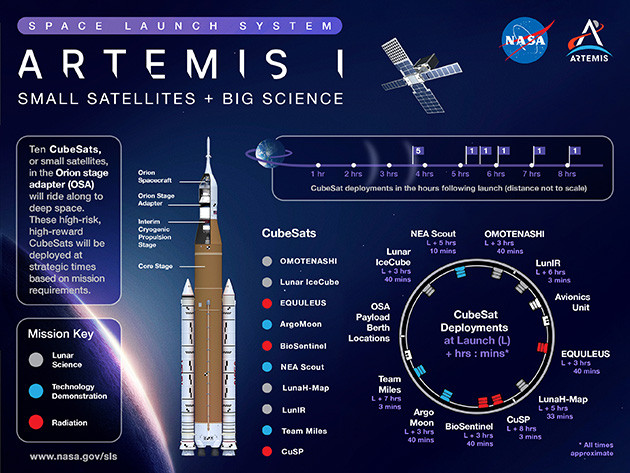 A NASA infographic on the Artemis I mission's secondary payloads.

All 10 science and technology payloads (see list below) were ejected between about three and a half to nine hours after launch. More than half of the small satellites are powered by solar cells built by Spectrolab, a wholly owned subsidiary of Boeing.

“The Spectrolab solar cells used in six of the Artemis I CubeSats are about three times more efficient than those that landed on the moon’s surface in the 1960s,” said Spectrolab President Tony Mueller. “XTJ Prime solar cells destined for future lunar landing missions are in final assembly now at our California facility.”

The timing software and management of the CubeSat missions are NASA’s. McClung said Boeing provided trajectory analysis to ensure the satellites wouldn’t run into ICPS or Orion after their release. The data these secondary payloads gather will help NASA plan future crewed and uncrewed missions to deep space. 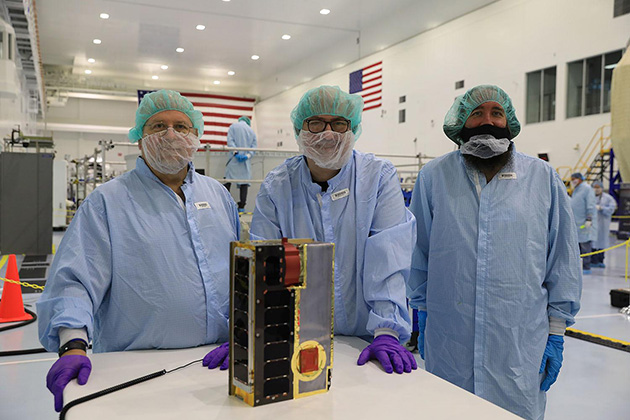 One of the CubeSats being prepared for launch.

McClung and Broeren watched the SLS launch and monitored the mission from the ULA facility at Cape Canaveral Space Force Station next to Kennedy Space Center. McClung, “a third-generation space guy,” said he was thinking of his grandfather, who took part in developing the Surveyor I spacecraft that landed on the moon in 1966, and his father, who helped train Apollo astronauts before taking on project management for the space shuttle.

“Dad and I still talk a lot of shop about the space program,” McClung said. “He’s excited about Artemis I and excited for me.”

With their mission accomplished, the integrated ICPS and Orion stage adapter are moving into a solar orbit far from Earth and its moon. For the Artemis II and III missions — when ULA-built upper stages will boost Orion spacecraft with astronauts onboard — NASA will assess opportunities to deploy more CubeSats.

Meanwhile, Boeing teams are building an even more powerful Exploration Upper Stage. It will provide in-space boosts for Artemis IV and beyond.

Visit Boeing’s Artemis I website for more information on the mission and the rocket. Follow @BoeingSpace for ongoing mission highlights and @Spectrolab_Inc for details on the secondary payloads powered by company technology.

Other Artemis I CubeSat payloads: