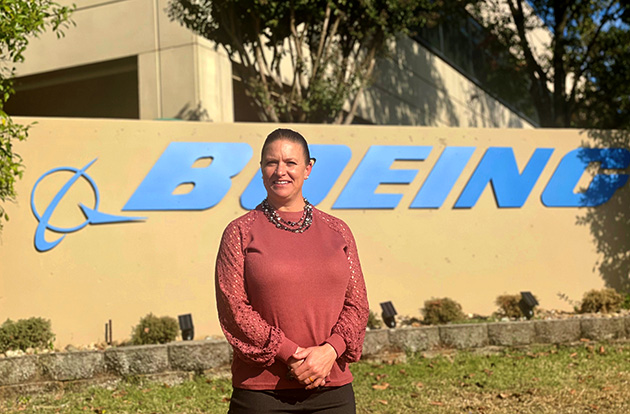 During 16 years on active duty with the U.S. Marine Corps, Kristin Cohen made one heavy lift after another.

The lieutenant colonel hauled people and supplies in regions around the globe, piloting transport helicopters that lifted tens of thousands of pounds of troops and cargo. She deployed to Iraq and Afghanistan seven times to advise allied forces. She sought and passed one of the Marines’ most rigorous pilot qualifications, making history.

What she didn’t do was make excuses.

“When lives are on the line, you can’t say ‘I don’t know’ or ‘That’s not my job,’” said the now eight-year reservist and first-year Boeing employee. As a Marine, Cohen learned she had better find an answer and find a way.

That’s why her role with Boeing supporting programs such as Ground-based Midcourse Defense, or GMD, fits her perfectly.

“The knowledge of the GMD team is epic,” Cohen said. “We have new people, and we have people who have been here 30 to 40 years. They know everything. Even when they don’t have an answer, they know how to get one.”

Since joining Boeing in February, Cohen has leaned into the expertise that surrounds her. She prides herself on “always being prepared and getting the facts straight.” She asks peers to check her work, and she talks regularly with informal mentors on her team.

“I may find the answer on my own, but sometimes just talking a problem out loud with someone else helps,” Cohen said.

As a control account manager, she watches over finances for Boeing-built homeland defense systems. If a budget starts to overrun or underrun, or if a task isn’t complete, she notices and alerts teammates. They recognize there’s little to no margin for error when it comes to keeping national security-critical programs on course. 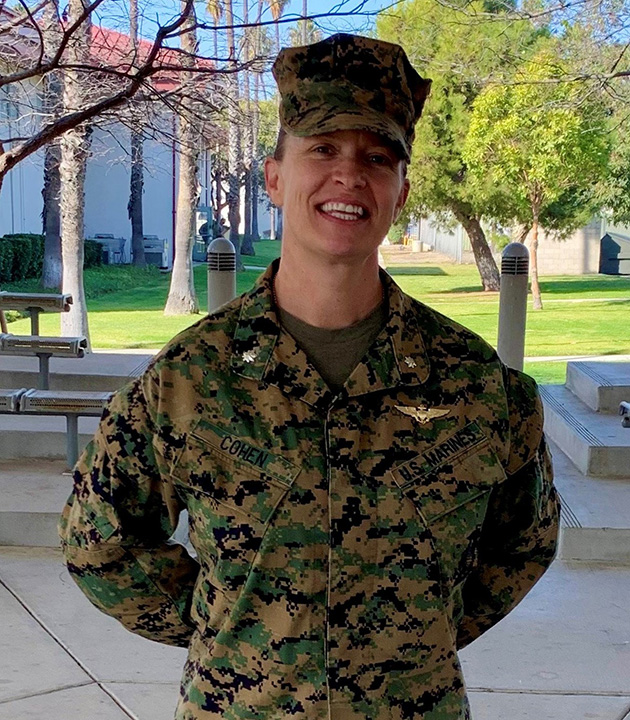 That must-do spirit appeals to Cohen, who has a history of not giving up. At one point during active duty, she expressed interest in becoming a forward air controller. She was denied. The prestigious job, which involves directing aircraft in the battlespace, was available only to men at the time.

When the policy changed, Cohen made a second attempt at the role. During qualification training, she studied every aircraft and weapon in the Marine arsenal and practiced in high-stress situations.

“I remember an exercise when I was under (simulated) fire from just about everywhere,” Cohen said. “I made my target, but with only one or two seconds to spare. Afterward, my kneecaps were the only part of me not drenched in sweat.”

She kept at the training, which she called “the hardest thing I’ve ever done,” and qualified. After becoming the third woman to serve the Marines as a forward air controller, she also became the first female Marine to hold that position in combat.

While Cohen is proud of her personal accomplishments, what really inspires her is the opportunity to serve. As part of the Missile and Weapon Systems team, she feels honored to protect the country she loves while working with a team she respects.

“There are just really good people here,” Cohen said. “They are what makes this a great place.” 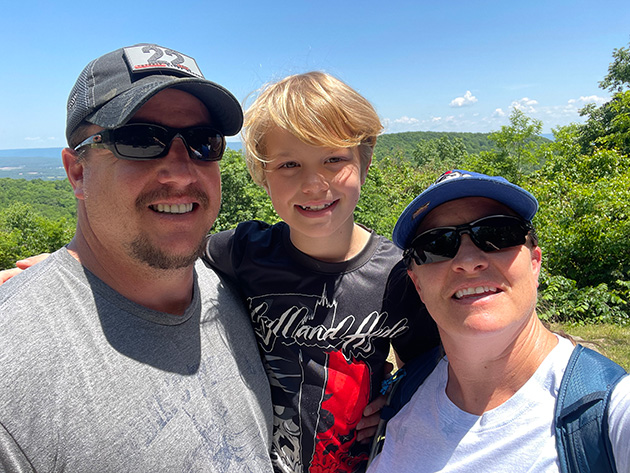