Whether commanding brigades of Soldiers, coordinating large-scale disaster relief efforts, making a difference in the community, or supporting the U.S. homeland missile defense mission, Shanahan endeavors to give his all each day — and to bring out the best in those around him.

When asked if a common thread runs through his life’s pursuits, Shanahan doesn’t hesitate.

“Service to the nation. It’s in my blood.” 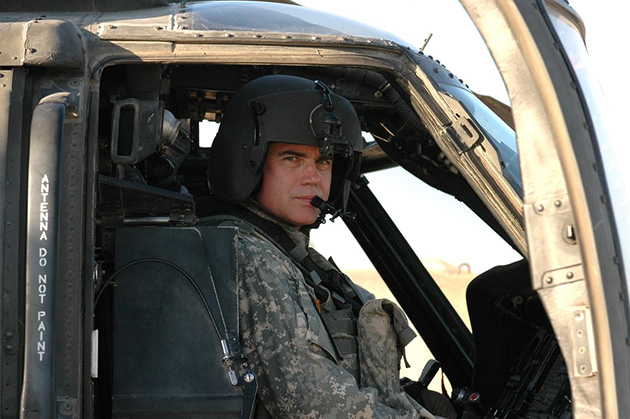 Shanahan before his final flight over Baghdad circa 2007.

The road to service

His road to 30 years of service in the Army began in Traverse City, Michigan, as the oldest of eight children. Shanahan’s mother joked that the first signs of his future in leadership was his regular ordering around of his siblings. Family friend and former U.S. Military Academy All-American football player Bob Novogratz nicknamed him the “little general.”

Novogratz was a role model to Shanahan in his youth, inspiring him to set his sights early on attending college in West Point, as well. He would turn that goal into reality, graduating from the service academy with an aerospace engineering degree owing to the influences of his pilot-engineer father and a favorite professor.

The Army would take Shanahan around the world, moving 18 times in total. He would train tens of thousands of Soldiers as an observer-controller; fly nearly every rotary wing aircraft in the service, including the Boeing AH-64 Apache and CH-47 Chinook; and go on to command aviation units and, eventually, entire brigades — receiving the Legion of Merit and two Bronze Stars among others along the way.

As head of the 1st Air Cavalry Brigade, 1st Cavalry Division, Shanahan and his Soldiers were thrust into defining moments of the early 2000s supporting disaster relief and recovery efforts following the devastation wrought by Hurricanes Katrina and Rita in 2005, followed by the 2007 troop surge in Iraq. These experiences would later guide him as director of the Center for Army Leadership and chief of staff for the Space and Missile Defense Command. 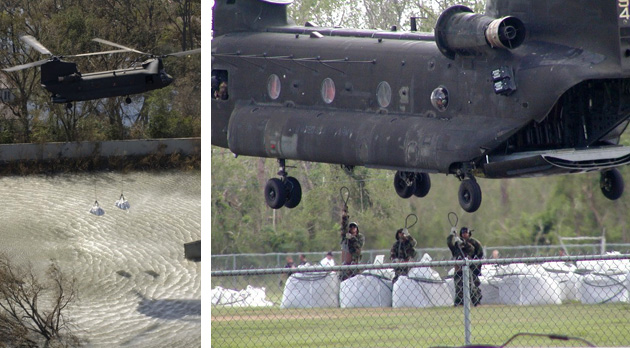 CH-47 Chinooks from the 1st Air Cavalry Brigade, 1st Cavalry Division assisting in disaster relief and recovery efforts in the aftermath of Hurricane Katrina in 2005.

“Every win, loss or draw during those years built a foundation of experience that made our Soldiers stronger, more motivated and better positioned to seize the next opportunity,” he said. “The goal was always continuous learning to achieve mission success for the betterment of our Army and the world.”

Upon retiring from the Army in 2012, Shanahan chose to start his next chapter at Boeing after the company was recommended by fellow officers. He also cites memories of the Boeing liaison team in Iraq that made sure his pilots had the parts needed to keep aircraft safely in the air as a reason for his decision.

“Working at Boeing is a special opportunity because no other company in the world can do what Boeing does. It’s an iconic company with a rich heritage of having many of the industry’s best products and people,” said Shanahan. “I was proud to fly Apaches and Chinooks among our other aircraft in Iraq with America’s best. Many of us flew into and out of Baghdad on C-17s and theater bases on the mighty 747s. That means something special to military and civilian personnel across the globe.” 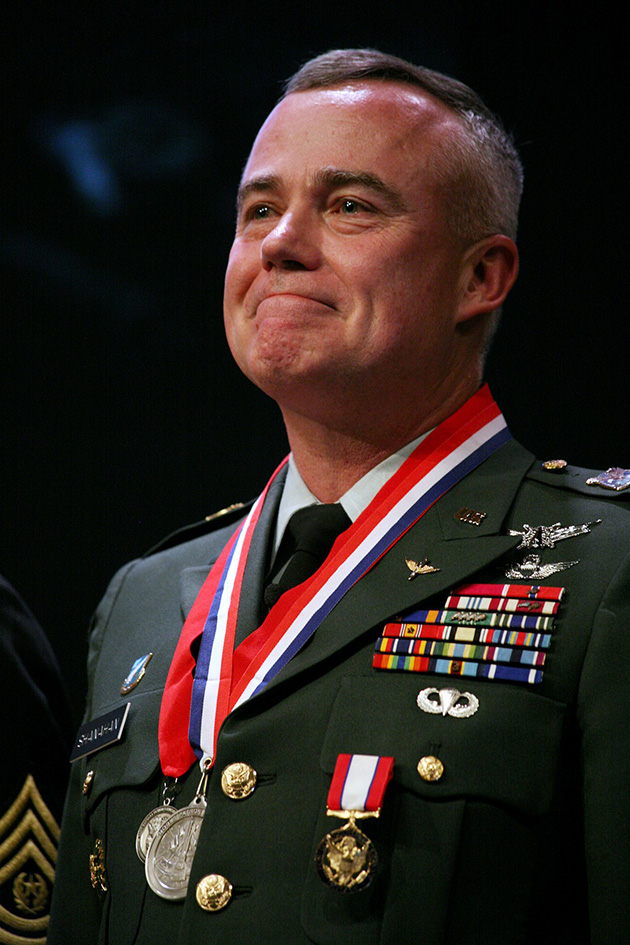 Shanahan at his Army retirement ceremony in 2012.

However, at the end of the day “the ethics of The Boeing Company are what sold me,” he said. “It was the right fit.”

One of Shanahan’s most rewarding memories at the company so far was seeing his son Patrick, now a captain in the Army, coming to thank members of Boeing’s Patriot Advanced Capability-3, or PAC-3, missile seeker program after a deployment in 2021.

“He and his fellow Soldiers came to our site to thank Boeing employees for their commitment and tell them how great their products are,” said Shanahan. “He actually used the system, which is guided by the seekers we build, in air and missile defense operations overseas. That was definitely one of my highlights at Boeing.” 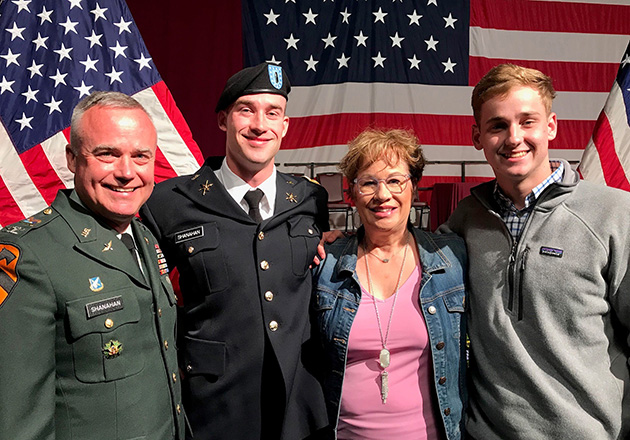 Now he puts his lessons in leadership to work at Boeing leading cyber and business operations for the Ground-based Midcourse Defense program in Huntsville, Alabama.

“Homeland defense is a vital mission for the nation that Boeing helps lead,” said Shanahan. “It’s been a fascinating opportunity to help keep our country safe and secure.”

He also remains fixed on preparing the next generation to lead and helping them reach their potential.

“It’s so important to help set the example for others to follow in giving back. I love the chance to help others see that realizing their potential can make a huge difference,” said Shanahan. “Part of what it’s all about is giving back where we live and work to make them the best places they can be.” 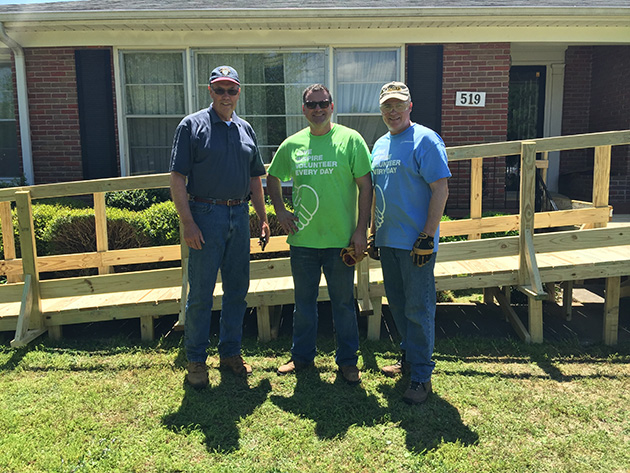 “Diversity and inclusion give people a real opportunity to truly be themselves, achieve their potential and improve their lives to build a better, richer world,” he said. “Diverse workforces flourish with innovation because they give us new ways of seeing things. This in turn benefits industry and our communities.”

So, what’s next for Shanahan? The answer remains: service to the nation.

“I’m still passionate about making a difference, working hard in service to the nation and preparing the future to take the reins,” he said. “I was proud to help mold America’s leaders in the Army, and my goal now is to continue that with my great teammates here at Boeing.”