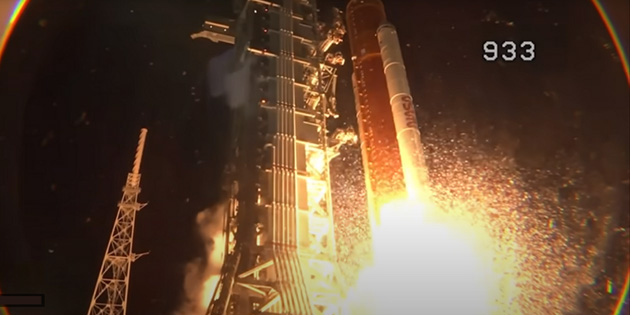 Still image captured from rocket camera footage of the Artemis I launch.

The Boeing-built Space Launch System rocket met or exceeded all expectations during the Artemis I launch.

The Space Launch System rocket, which is powered by the Boeing-built core stage, performed as expected, according to NASA. Burning through all 735,000 gallons (2.8 million liters) of propellants during its eight-and-a-half-minute flight, the world’s most powerful rocket delivered Orion within about 3 miles (4.8 kilometers) of its planned orbit altitude. 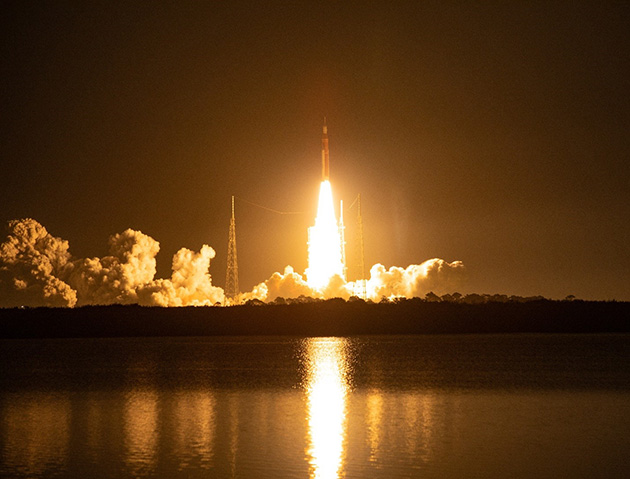 Engineers will continue to review the performance data over the next few months, as work continues on components for Artemis II and beyond. The core stages for the next three Artemis missions are already in production at NASA’s Michoud Assembly Facility outside New Orleans. Core stage 2, which will launch the Artemis II mission and put astronauts back in lunar orbit for the first time in 50 years, is nearly fully integrated. Core stages 3 and 4 are also currently in assembly and sit in various stages of progress.

Where is Orion now? Follow the spacecraft's journey on the NASA Artemis blog or this interactive map. Splashdown is expected Sunday, December 11.