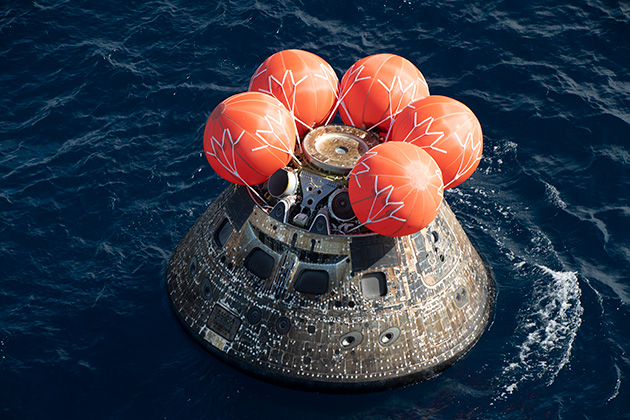 Sunday’s splashdown of the Artemis I Orion spacecraft is just the beginning of a sustainable space exploration program that will land the first woman and first person of color on the moon and return benefits to Earth.

The Boeing Space Launch System team’s years of commitment to safety, quality and engineering excellence paid off at 9:40 a.m. Pacific time on Sunday. NASA’s Artemis I mission with the SLS rocket safely concluded after gathering data that will advance future rocket builds and human space exploration.

NASA and the U.S. Navy retrieved the uncrewed Orion spacecraft west of Baja California in the Pacific Ocean after its 25.5-day, 1.4 million-mile (2.3 million-kilometer) trip around the moon and back.

“The Artemis I Space Launch System rocket demonstrated the power and precision to put Orion and 10 science payloads exactly where they needed to be to complete their missions,” said John Shannon, SLS vice president and program manager for Boeing. “That spectacular performance has put humanity on a path to the next moon landing and sustained deep-space exploration.”

“Our hard-won test and mission data will guide us to build the next rockets faster and at lower costs,” Shannon added. “It also helps NASA reduce risk with proven teams, systems and processes, as astronauts explore the moon and beyond.”

Instrumentation all over the Boeing-built Artemis I SLS core stage (shown here falling back to Earth from Orion after launch) provided data that will be applied to future builds and missions.

What it means to SLS teammates

Pete Klonowski, SLS Launch Operations lead for propulsion systems integration and analysis, brought his years of space shuttle experience from United Space Alliance to Boeing in 2012. He led propulsion requirements and execution for months of core stage “Green Run” tests and was the only Boeing person in Firing Room 1 at NASA’s Kennedy Space Center, Florida, for the Artemis I launch.

“I just felt tremendously gratified, being able to see this program from design concept through a successful launch and mission,” Klonowski said. “This is a group of people who are committed to doing their jobs and working at an exceptionally high level. There’s a great deal of satisfaction for the whole team, especially those of us who have been part of this for the past decade.” 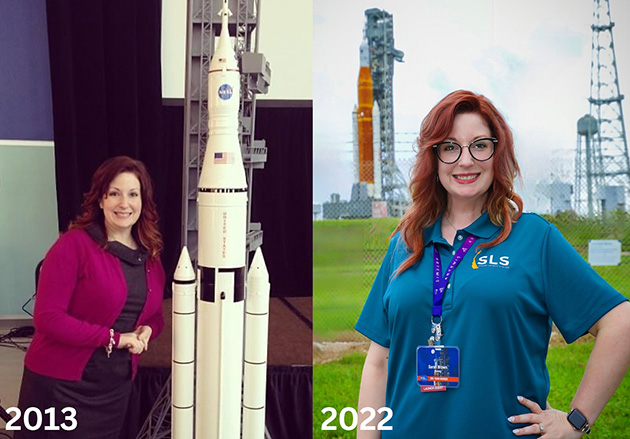 Longtime Boeing SLS team member Sarah Brown plans to stay with the program “until ‘Space’ is a table at every career fair. Artemis is for the bossy girls. This is where we belong.”

Sarah Brown, SLS Program Operations manager for Boeing, has supported the team since 2008. She co-wrote the 2011 proposal that launched the SLS program and was amazed by how closely years of presentation renderings matched the real mission photos. But her proudest Artemis achievement is more personal.

“My kids are literally the Artemis Generation,” Brown said. “They have seen the frustration, the elation and now this success that makes space more accessible to them.”

“We faced challenges even without the pandemic and the hurricanes, and found creative solutions,” she said. “Everyone who passed through our doors has their fingerprints on this success." 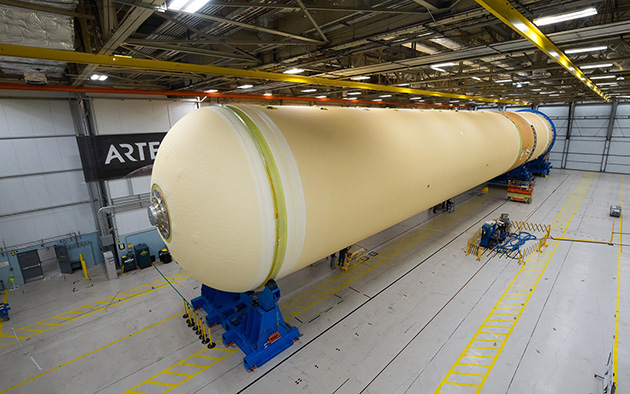 The second Boeing-built SLS core stage will help launch Artemis II, a lunar flyby with astronauts onboard. Shannon said Boeing will complete the stage at NASA’s Michoud Assembly Facility near New Orleans and deliver it to Kennedy in the first half of 2023, well ahead of launch in 2024.

Moving the completed Artemis II core stage to Kennedy — along with some core stage integration tasks for Artemis III and beyond — will make room at Michoud for Boeing to build the first Exploration Upper Stage.

EUS is an in-space booster that will propel 40% more payload to the moon compared with the current Interim Cryogenic Propulsion Stage that United Launch Alliance builds for Boeing. It will replace ICPS starting with Artemis IV. The four-engine EUS will be able to lift not just Orion and its service module, but also orbiting and surface habitats needed for sustained human exploration.

“NASA, Boeing and all the Artemis partners have climbed the first mountain on an adventure that will advance understanding of space while benefiting life on Earth,” said Shannon. “I couldn’t be prouder of the SLS team and all its supporters.”