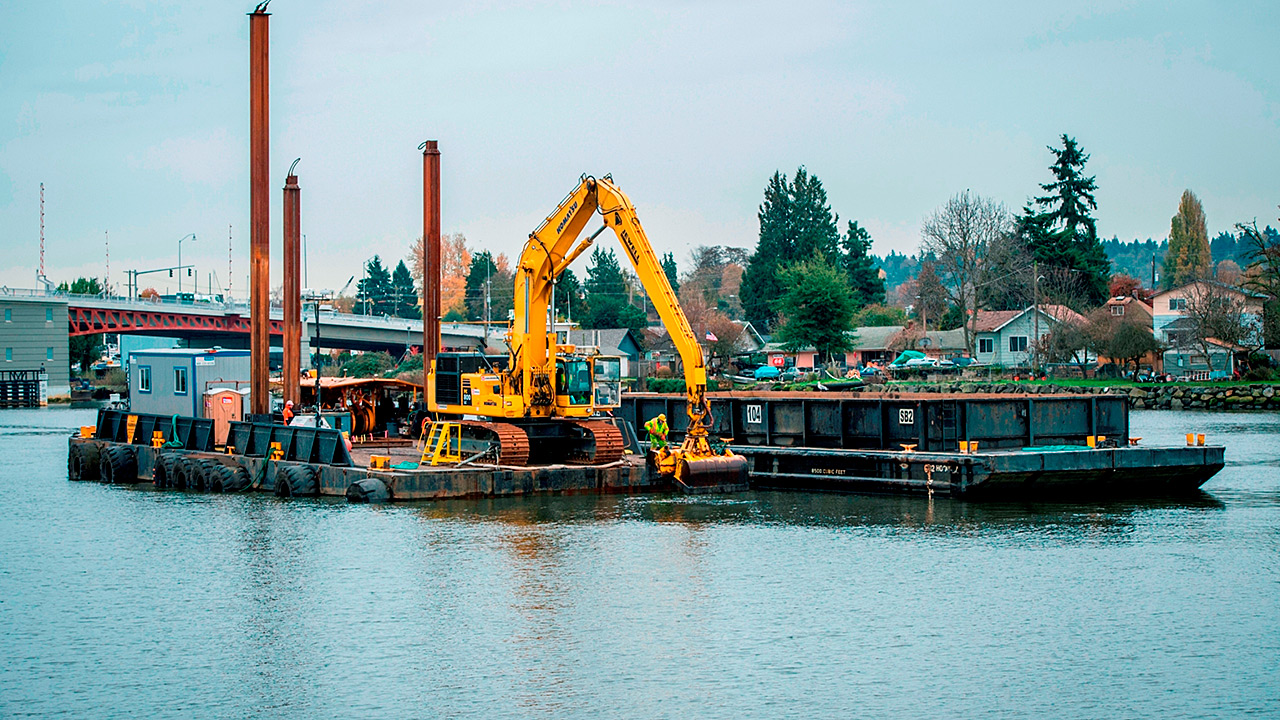 Boeing restored the Duwamish Waterway near the former Plant 2 site, removing enough sediment to fill 4,000 railcars and replacing it with clean sand. 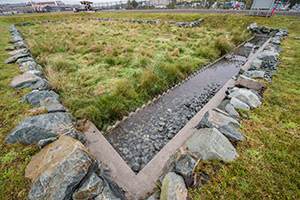 Boeing constructed state-of-the-art stormwater treatment systems near the waterway to help improve the quality of water that enters the Duwamish.

Boeing has repeatedly demonstrated its commitment to the health of the Lower Duwamish Waterway and surrounding communities over the last decade by making significant investments in sediment cleanups that, when combined with the other “early action” work in the waterway, reduced Polychlorinated biphenyl (PCB) risks in the sediment by 50 percent. Boeing’s early action and habitat restoration work spans nearly one mile of the Lower Duwamish Waterway to the north and south of the South Park Bridge.

Boeing transformed more than a half mile of industrial waterfront back into natural shoreline. This shoreline is in the footprint of the original Plant 2 facility, where B-17 bombers were assembled during World War II. The facility, which spanned over the water on more than 700 pilings, was demolished in 2011 and 85-percent of the demolition materials were recycled or reused.

In 2013, Boeing began excavating sediment that contained Polychlorinated biphenyls, or PCBs, and other chemicals from the waterway near Plant 2 using state-of-the-art cleanup technology. At the completion of dredging in March 2015, a total of 265,000 cubic yards of sediment and bank soil – enough to fill approximately 4,000 railcars – was removed and replaced with clean sand to restore the waterway.

This in-water work was conducted during “construction windows” when juvenile salmon are not migrating. Dredging was being done under the direction and oversight of the U.S. Environmental Protection Agency (EPA) and Washington State Department of Ecology.

Boeing also constructed multiple state-of-the-art stormwater treatment systems at its sites near the waterway. These systems help improve the quality of water that enters the Duwamish.

The City of Seattle, Boeing, Port of Seattle and King County, which are collectively known as the Lower Duwamish Waterway Group, have been conducting cleanup investigations since 2001. The U.S. EPA and the Washington State Department of Ecology provide oversight of these efforts.

The EPA released its Record of Decision for the Lower Duwamish Waterway Superfund cleanup in December 2014. This cleanup plan will address the remaining sediment contamination to achieve a 90 percent reduction in waterway pollution.

Boeing is working with its Lower Duwamish Waterway Group partners on studies to support the design of a remedy, including a pilot study to measure the effectiveness of adding activated carbon to the waterway bottom as a possible remedy tool.

Many efforts are underway at the state and local levels to control new and ongoing sources of pollution. The Washington State Department of Ecology will launch its Source Control Strategy to prevent contamination sources from entering the waterway before and after the sediment cleanup. King County and the City of Seattle are collaborating with other organizations to develop a holistic, long-term strategy to protect the entire Green/Duwamish watershed.