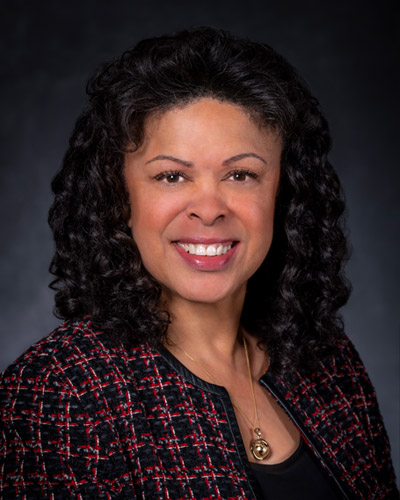 Lieutenant General Harris brings extensive aerospace and aviation experience to the Board. General Harris is an experienced Boeing 747 pilot, with over 10,000 flight hours safely transporting passengers and cargo worldwide for United Airlines before her retirement in 2020. Her extensive experience as a pilot, together with her deep knowledge of safety protocols and flight procedures, adds to the Board's expertise in aviation safety and provides hands-on familiarity with pilots' and crew interaction with complex aerospace systems, including in particular Boeing aircraft. Before retiring from the Air Force in 2019, General Harris was a United States Air Force Reserve Lieutenant General, serving in several senior roles, including most recently as Inspector General of the Air Force and, before that, the Assistant Vice Chief of Staff of the Air Force. Harris was the first African American woman to command an Air Force operational flying squadron, wing and numbered Air Force. General Harris' military and aviation expertise, extensive leadership experience, and demonstrated record of leading teams with honor and integrity as paramount values all bring significant value to the Board. General Harris's prior experiences also bring to the Board an extensive background and expertise in military, audit and cybersecurity matters. General Harris earned a Bachelor of Science degree in industrial and systems engineering from the University of Southern California and a Master of Aviation Management degree from Embry-Riddle Aeronautical University.

General Harris is a member of the Aerospace Safety Committee, the Audit Committee, and the Special Programs Committee.