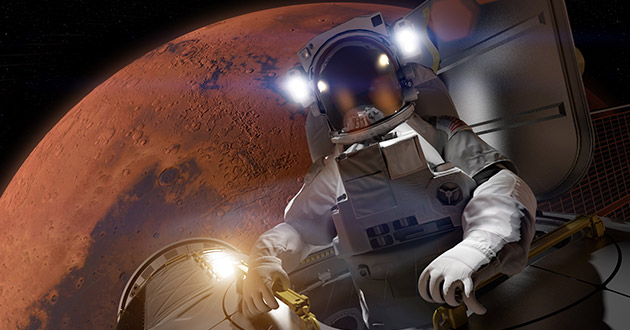 NASA’s Space Launch System rocket will serve as the backbone capability for sending human explorers 250,000 miles to the moon, then 140 million miles to Mars.

NASA’s Space Launch System, or SLS, was designed and built by American industry to be a super-heavy-lift, deep space rocket, able to open the solar system and interstellar space to human exploration.

“It was built for distance, for speed and for propelling super-heavy payloads out of Earth’s gravity well to enable sustainable exploration, science and security missions,” said David Burks, Boeing director for Deep Space Global Sales & Marketing, during a recent industry panel.

Designed by NASA, Boeing and other prime contractors for direct injection to deep space destinations in a single launch, the SLS can send missions to Jupiter in only 2 ½ years, accelerating a 2-ton spacecraft to 63km/second.

“That’s over 140,000 mph [225,308 kph] — 100 times the speed of a high-velocity rifle bullet,” Burks said. “That’s critical to uncrewed missions to the outer planets as well as crewed travel to the moon or Mars, because the difference in distance between low Earth orbit and a trip to the moon is the same relative difference between a drive across town and a trip from Los Angeles to New York.  Getting there faster and with fewer in-space maneuvers is the safest way to go.”

As the only rocket capable of sending a 27-metric ton Orion spacecraft and service module to cislunar space, SLS will launch America’s deep space exploration program with an uncrewed Artemis mission. NASA’s lunar program will open up a range of new orbits and trajectories, carrying co-manifested payloads up to 10 tons (9.1 metric tons), in addition to smaller secondary payloads. 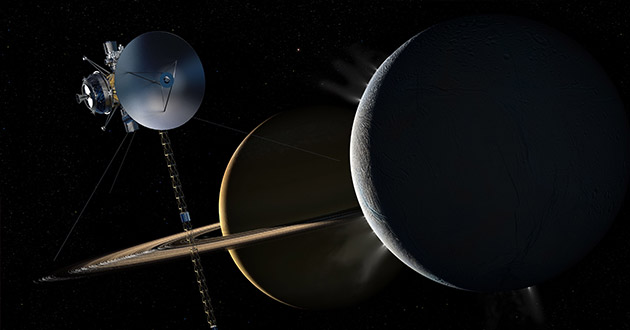 SLS launch of a spacecraft to Saturn’s moon Enceladus would advance the search for life, sampling water geysers and placing a scientific probe on the surface.

“After SLS takes you to the top of the gravity well it takes very little energy to move around, enabling a host of new mission opportunities, like placing big telescopes with monolithic mirrors that dwarf James Webb on orbit, or delivering landers to explore Jupiter’s moon Europa, sampling geysers and landing on Saturn’s moon Enceladus, and exploring the liquid hydrocarbon lakes of Saturn’s moon Titan with a lander or even a submarine,” Burks said.

SLS also can support planetary defense capabilities such as redirecting an Earth-threatening asteroid. That mission would depend on delivering a large mass as quickly as possible to the target, whether using a kinetic push, surface detonation, or gravity tractor approach.

“Even more exciting is the opportunity to study the origins of the universe,” Burks added. “The speed of SLS can send an Interstellar Explorer mission to reach the heliopause and interstellar space in half the time. That’s traveling 18 billion miles in only 15 years to understand more about the cosmic background and origins of the universe, viewed from outside our sun’s influence — and returning data in less time.”

Nearer term, NASA is discussing plans to use the evolved version of SLS with its Boeing-built Exploration Upper Stage for a Mars fly-by mission in 2033, taking advantage of a once-every-15-years planetary conjunction. 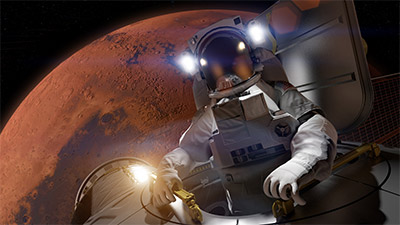 A Space Launch System guide to the galaxy