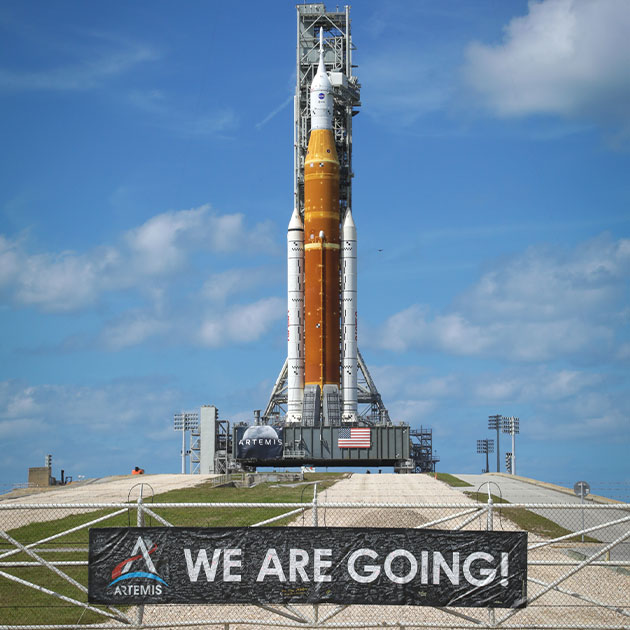 The SLS core stage is seen as part of the Artemis I stack during the rollout to the launch pad in the spring ahead of a series of countdown dress rehearsals.

It will take about eight and a half minutes for the core stage of the Space Launch System (SLS) to catapult NASA’s Orion spacecraft to the Moon, but it has taken years of careful thought, new manufacturing techniques and innovative mission planning to get the rocket from the drawing board to the launch pad.

SLS is America’s first super-heavy-lift booster since the Saturn V rocket that lofted Apollo and its crews to the moon from 1968 to 1972. Following Skylab and 30 years of space shuttle operations, NASA pointed its development efforts at the Moon and Mars in the early 2010s. The focus became building the infrastructure needed to safely send astronauts beyond Earth’s orbit.

For this first flight test of the Artemis program, the Orion capsule will not carry astronauts. Instead, it will orbit the moon for several weeks to prove its own systems. NASA is scheduling the Artemis I launch for no earlier than August 29 from Kennedy Space Center. Future Artemis missions will carry astronauts to lunar orbit and then to landings on the surface of the Moon.

“We are going to the moon to learn how to live on other planets. When the first woman and the first person of color arrive on the moon, the Artemis generation will be even more inspired,” said Natasha Wiest, Boeing’s launch engineering manager for SLS. 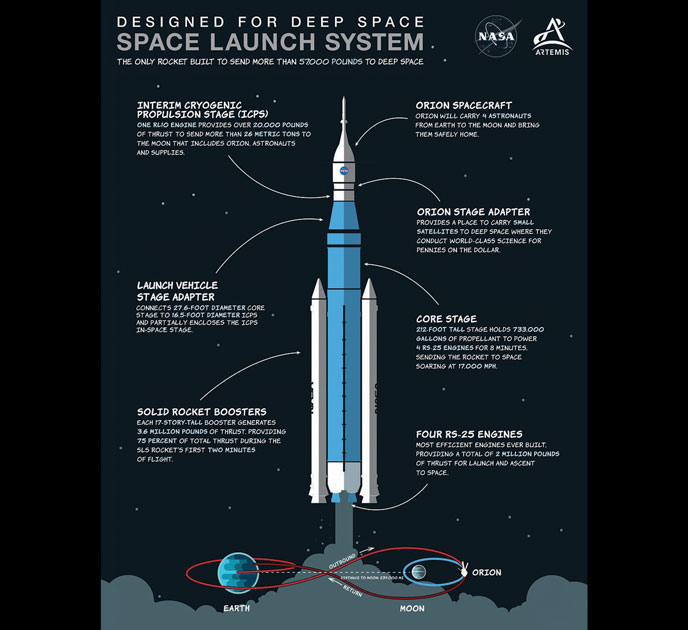 NASA enlisted Boeing to develop and build the first part of the SLS infrastructure: the core stage. At 212 feet in length, it is larger than any single stage that has come before it and holds more than 730,000 gallons of cryogenic propellants. Four engines from the retired space shuttle fleet generate the 2.2 million pounds of thrust for the SLS, helped at liftoff by a pair of 17-story solid-fueled boosters that fall away after about two minutes of flight. An upper stage from Boeing supplier United Launch Alliance completes the launch vehicle needed to send Orion on its way to the Moon.

In other words, the core stage has to generate a lot of energy itself, plus be able to handle the additional stress from the boosters while holding a 27-ton spacecraft and an upper stage poised to take over the flight after the SLS completes it work.

Those demands called for advanced manufacturing techniques including a welding method called self-reacting friction stir that melds large pieces of aluminum plates together in a way that creates a bond that is nearly seamless. The friction stir process is used to create the hydrogen and oxygen tanks for SLS. The 130-foot-long hydrogen tank for SLS is the largest structure ever made for rocketry and required a vertical assembly bay at Michoud Assembly Facility to complete the work. 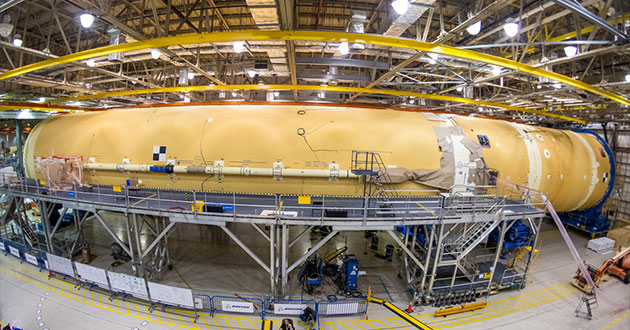 With the first core stage poised for launch, the second core stage is already 80 percent assembled at MAF and the elements for core stage 3 are coming together, while early work on the fourth has already started. It all adds up to a launch infrastructure capable of supporting NASA’s goals for sustained lunar exploration by astronauts.

“Artemis I is only the beginning,” Wiest said. “It will strengthen our creativity and problem-solving capability and pave the way for Artemis to go deeper and farther, while learning more than anyone ever thought possible.”