Four Decades of Partnership with Brunei 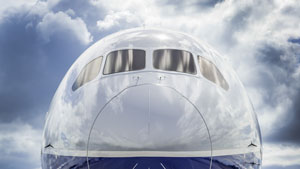 Boeing’s relationship with Brunei dates back more than 40 years.

In July 2007, RBA placed an order for five 787-8 Dreamliners and became the first airline in Southeast Asia to take delivery of the 787, with commercial service commencing in October 2013. In 2015, Boeing and RBA celebrated the airline’s 40th anniversary of its first revenue flight. The Sultan of Brunei also operates a 747-8 VIP airplane.