A Deep Commitment to Commercial Aviation in Vietnam 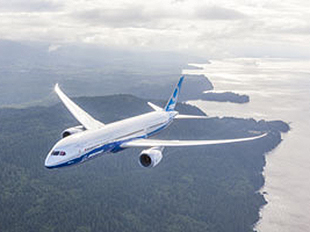 Boeing has long recognized the importance of Vietnam and, for more than 25 years, has worked to develop and strengthen Vietnam’s aerospace capabilities. In recognition of Vietnam's growing aviation industry, its diverse economy, and its investment in a highly-skilled workforce, Boeing announced in August 2021 that it had opened its first office in Hanoi.

Boeing’s relationship with Vietnam began in 1995, when Vietnam Airlines leased three Boeing 767-300ERs (Extended Range). The first business transaction between Vietnam and the U.S., under the historic Bilateral Trade Agreement, was Vietnam Airlines’ purchase of four Boeing 777-200ERs in January 2001. Boeing delivered the 777-200ERs to Vietnam Airlines in 2003 and 2004.

Vietnam Airlines currently operates 11 Boeing 787-9s and 4 787-10s, serving international routes between Vietnam and Europe as well as domestic and regional routes. In August 2019, the airline took delivery of the first of eight 787-10s, on lease from ALC. Vietnam recently announced plans to operate regular flights between Vietnam and the U.S. starting in October 2021 as it seeks to fulfill a goal of launching such direct Vietnam-US flight operations.

In July 2018, VietJet signed a commitment for an additional 20 737 MAX 8s and 80 737 MAX 10s — the largest commitment in Asia for the latest 737 model. As part of the agreement, Boeing will partner with VietJet to enhance technical and engineering expertise and the training of pilots and technicians in Vietnam, helping to further develop the commercial aviation ecosystem in the country. Boeing will also support VietJet in improving management capabilities at the airline.

Bamboo Airways is a startup airline that began commercial operations in January 2019 out of the capital city of Hanoi. That same month, Bamboo firmed up an order for 10 787-9s following a commitment announced in June 2018 for 20 787 Dreamliners. Bamboo Airways currently operates 3 787-9s from lessors.

The leaders of both VietJet Air and Bamboo Airways unveiled their orders in February 2019 during a signing ceremony in Hanoi. U.S. President Donald Trump and Vietnamese President Nguyễn Phú Trọng witnessed the signing, which took place on the sidelines of the second U.S.-North Korea Summit, held at the Presidential Palace.

Boeing has continued its commitment to develop Vietnam’s commercial aviation sector through facilitating new airplane leases, sourcing parts from companies based in Vietnam, and working with the Civil Aviation Administration of Vietnam and Vietnam Airlines to provide on-the-job training as well as help Vietnam integrate itself into the global aviation environment to meet International Civil Aviation Organization standards. In February 2019, the U.S. Federal Aviation Administration announced that Vietnam complied with international safety standards and was granted a Category 1 rating under the agency’s International Aviation Safety Assessment program. 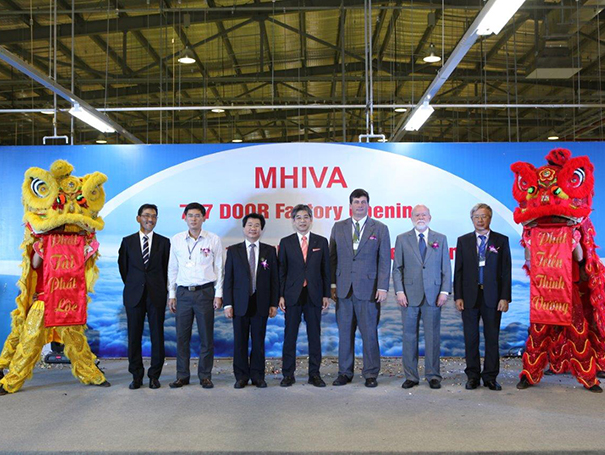 In 2007, MHI Aerospace Vietnam (MHIVA) opened an airplane-related manufacturing facility in Hanoi. The first Boeing parts manufactured there were the 737 inboard flaps. In 2014, the company delivered the 1,000th shipset of 737 inboard flaps produced in Vietnam and also celebrated its investment in a new expanded facility. Advancing Vietnam’s aerospace capability, Boeing 777 and 777X doors are assembled at this facility.

In 2010, Nikkiso Japan opened a facility near Hanoi. The facility produces components for the 747 and 767, 777 thrust reverser blocker doors, and the 787 thrust reverser torque box assembly and wing fixed leading edge composite subassemblies.

In 2015, Boeing and Vietnam Airlines signed a pilot training agreement for the new 787 Dreamliner fleet as well as a memorandum of cooperation toward the goal of Vietnam Airlines’ fleet replacement and expansion with Boeing airplanes.

Boeing is looking to identify projects where the company can leverage available U.S. Trade and Development Agency funding and assist Vietnam with some airspace relief while the country works on building larger airports. 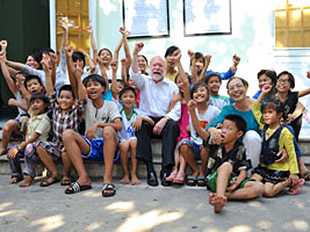 In Vietnam, Boeing has contributed to a number of initiatives on children’s education and welfare, and providing life skills to victims of human trafficking.

Boeing has been supporting Hagar in Vietnam since 2008. The program helps victims of human trafficking reintegrate into society by providing them with economic empowerment through new skills and learning opportunities.

Since 2010, Boeing has been supporting Health Right International to provide trafficked and exploited children with trauma recovery help and reintegration into the community by strengthening the capacity and capabilities of social workers.

Since 2011, Boeing has been working with the Giving it Back to Kids Non-Governmental Organization (NGO) to provide orphans and street children with shelter, access to education, health and medical support. Boeing’s support has provided healthcare for over 1,200 children.

In addition to access to education, Boeing has worked with the Foundation of Children Vietnam to gift 217 child beneficiaries with bicycles that help provide transportation to schools.

First implemented in Thailand, Boeing has now extended funding for the Boeing-Technology Enhanced Learning (TEL) project to Kenan Foundation Asia in Vietnam. The TEL provides training for teachers to encourage innovative pedagogies that incorporate the use of technology and Science, Technology, Engineering and Mathematics (STEM) curriculum modules for better student learning outcomes.