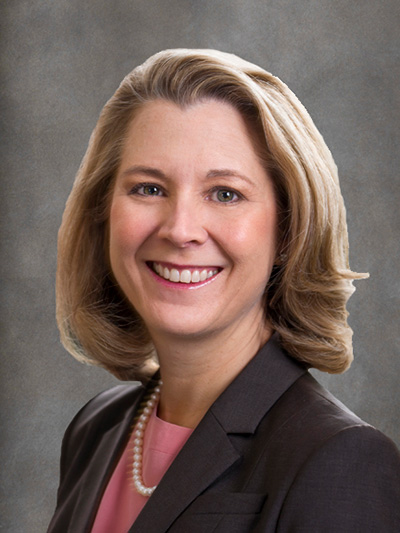 Elizabeth Lund is senior vice president and general manager of Airplane Programs for Commercial Airplanes, overseeing the 737, 747, 767, 777/777X and 787 production programs. In this role, Lund is responsible for the production and delivery of all commercial aircraft and meeting customer commitments with an emphasis on safety and quality.

Prior to this assignment, Lund served as the vice president and general manager of Commercial Airplanes Supply Chain where she had responsibility for the overall strategy, contracting, daily management and development of the Boeing Commercial Airplanes internal and external supply chains, which support the manufacture and service of all Boeing commercial airplanes. Lund took on leadership of the Supply Chain team, which encompasses nearly 3,000 suppliers from 41 countries and represents more than 65% of the cost to produce an airplane, in March 2019

Previously, she was the vice president and general manager of the 777/777X program, where she oversaw design, development, certification, production and delivery of all models of the Boeing 777 family of airplanes currently in production. She was also the leader for Boeing’s Everett site where she oversaw regulatory compliance, community interaction and Delivery Center operations.

Before joining the 747 program, Lund was vice president and general manager of the 767 program as well as deputy program manager of the U.S. Air Force KC-X Tanker program.

Previously, Lund was vice president of Product Development for Commercial Airplanes, with responsibility for developing new and derivative commercial airplane products, including concept development, preliminary design and program planning. She also was responsible for managing the R&D plan and supporting technology programs as well as the airplane concept centers and environmental performance strategy.

Earlier in her career Lund held numerous executive leadership positions in engineering, program management, manufacturing, and supplier management across Boeing Commercial Airplanes including, the Interiors Responsibility Center and Boeing Fabrication. Her experience includes lean transformations including the 777 moving line, strategic development, work statement management, and responsibility for the airplane level configuration, as well as technical and safety related aspects of the 737.