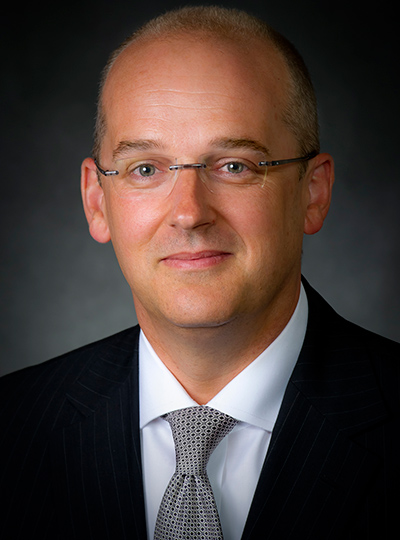 Greg Smith is executive vice president of Enterprise Operations and chief financial officer at The Boeing Company, the world’s largest aerospace company and one of the largest U.S. exporters.

Smith has three decades of in-depth global aerospace experience across Commercial Airplanes; Defense, Space & Security; and corporate headquarters. He was appointed chief financial officer in 2011 and later served in an expanded role as the executive vice president of Finance, Enterprise Performance and Strategy. He previously was corporate controller and vice president of Finance, serving as the company's principal interface with the board of directors' audit committee to ensure regulatory compliance.

Smith also serves on the board of directors of Intel Corporation, Lurie Children’s Hospital and Northwestern Medicine Community Physicians Group. He is married with three children.