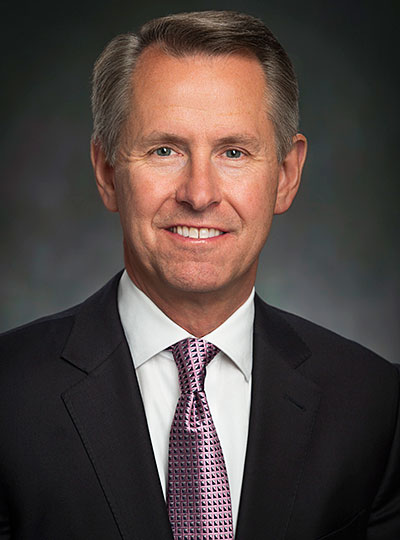 Kevin Schemm is senior vice president of Enterprise Finance for the newly formed Enterprise Operations, Finance and Strategy organization at Boeing, the world’s largest aerospace company and one of the largest U.S. exporters.

Prior to this new role, Schemm served as the senior vice president for Business Operations & Performance, and chief financial officer of Boeing Commercial Airplanes, where he was responsible for the financial management, strategic and long-range business planning and operations at the business unit. He oversaw the Finance and Business Operations & Performance organizations and was responsible for improving overall operational performance, accelerating productivity gains and optimizing future investments to strengthen Boeing’s leadership in the aerospace industry. Schemm was named to the chief financial officer position in February 2012.

In addition to these responsibilities, from 2015 to 2019 Schemm led Commercial Airplanes Supply Chain, and was responsible for strategy and operations at the business unit.

Prior to 2012, Schemm served for four years as Boeing vice president of North America and Leasing Sales. In this position, Schemm led the sale of commercial airplanes and services to airline customers in North America and leasing companies from around the world.

Schemm previously served as vice president of Contracts for Boeing Commercial Airplanes and president of the Boeing Aircraft Holding Company.

Prior to that, Schemm held a number of executive positions within Contracts, with responsibilities that included managing business relationships with airline customers in China, India, Singapore and South Korea. Schemm joined the Commercial Airplanes team in 1990.

Schemm joined Boeing in 1985 in Wichita, Kansas as a systems engineer in Boeing’s Military Airplanes division with responsibilities in avionics systems design and development.