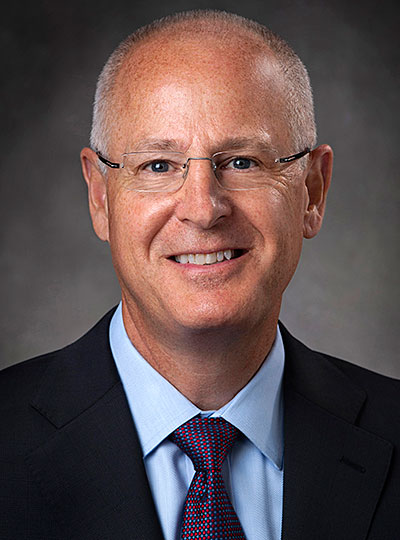 Mark Jenks is senior vice president of Airplane Programs for Boeing Commercial Airplanes, overseeing the 737, 747, 767, 777 and 787 production programs. His focus is on ensuring production stability as the company deals with unprecedented challenges in the current environment. In October 2020, Jenks was named to a two-year assignment leading Boeing’s Program Management Operations Council, during which he also will serve on the Boeing Executive Council. In this role, he will bring a heightened focus on Program Management discipline from the early stages of program development through the efficiency breakthroughs that can be achieved in mature programs.

From 2001 through late 2017, Jenks served in a variety of 787 program leadership roles. Ultimately, he served as vice president and general manager of the program, leading the team that designed, built and delivered the 787 Dreamliner family of airplanes.

Jenks earlier managed the Boeing Helicopters Division Developmental Center in Philadelphia, and prior to that he held positions in manufacturing technology, tool engineering, internal audit, project engineering and aerodynamics research. He joined Boeing in 1983.