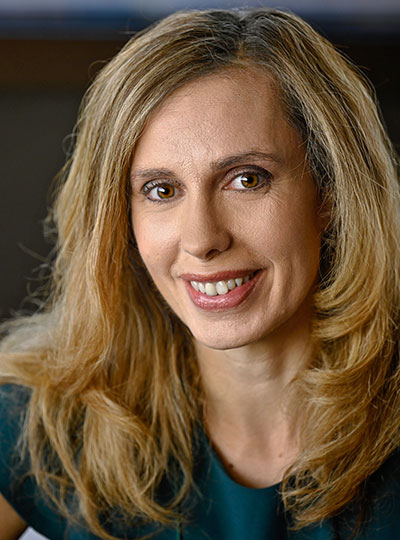 Susan Doniz is the chief information officer (CIO) and senior vice president of Information Technology & Data Analytics at The Boeing Company. She leads all aspects of information technology, information security, data and analytics for the world’s largest aerospace company. She also supports the growth of Boeing's business through IT- and analytics-related revenue-generating programs.

Prior to joining Boeing in May 2020, Doniz was the Group CIO of Qantas Airways, where she focused on expanding the airline’s digital ecosystem and adopted new technology to support the needs of the business and its customers.

Previously, during a 17-year career at Procter & Gamble, she led IT programs in support of the supply chain, research-and-development and sales, as well as a cross-functional program to digitize the company. She’s also worked at SAP and Aimia. At SAP, she was a strategic advisor to the Global CEO on transformation and technology issues in support of customers.

Doniz has been a champion and self-starter of a variety of diversity networks for women in science, technology, engineering and mathematics, as well as for Hispanics in business leadership. In 2012, she was named as a national diversity champion in Canada.

She has been a board member of multiple non-profit organizations including The Women’s College Hospital Foundation, Salvation Army, and Engineers without Borders. She serves as an advisor to the Center for Digital Transformation at the University of California, Irvine and vice chair of the Digital Transformation Advisory Council of the International Air Transport Association. In 2011, she was named one of Canada’s most powerful women by WXN.

An honors graduate of the University of Toronto with a degree in Engineering, she has lived and worked in Australia, Canada, Spain, most of the countries in Latin America and the United States. Her first language is Spanish, which she speaks at home with her family. She also is fluent in French and English.