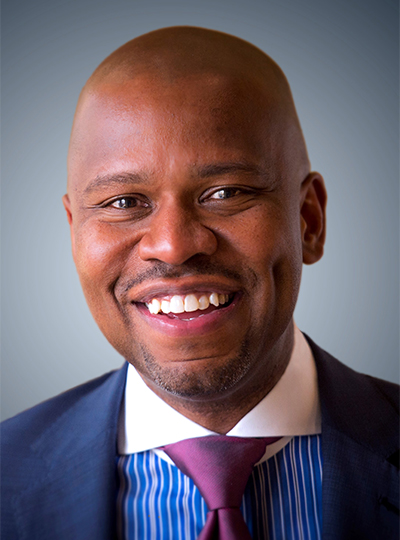 Ted Colbert is executive vice president of The Boeing Company and president and chief executive officer of Boeing Defense, Space & Security, which provides solutions for defense, government, space, intelligence, and security customers worldwide. Beyond the United States, Defense, Space & Security has prominent operations in Australia, India, Saudi Arabia, and the United Kingdom. Colbert is a member of Boeing’s Executive Council.

Prior to that role, Colbert was chief information officer and senior vice president of Information Technology & Data Analytics. In this role, he led all aspects of information technology, information security, data and analytics. He also supported the growth of Boeing's business through IT- and analytics-related revenue-generating programs.

Before his role as CIO, he led the Information Technology Infrastructure organization and was responsible for developing and maintaining network, computing, server, storage, collaboration and infrastructure solutions across the enterprise. Before that, he led the IT Business Systems organization, where he managed the computing application systems that support Boeing Finance, Human Resources, Corporate and Commercial Capital business units as well as the company’s internal systems.

Before joining Boeing in 2009, Colbert was senior vice president of Enterprise Architecture at Citigroup. Before that, he spent 11 years in Ford Motor Company’s Information Technology organization, where he held roles of increasing responsibility in the areas of program management, infrastructure engineering and operations, application development, portfolio management and process reengineering.

Colbert is a member of the Executive Leadership Council (ELC) and serves on the board of directors of the Thurgood Marshall College Fund, the Virginia Tech Innovation Campus Advisory Board, and New Leaders, where he serves as board chair. Additionally, he completed two terms on the Georgia Tech President’s Advisory Board. Colbert is also a non-executive board member of Archer Daniels Midland (ADM).

In 2022, The Black Engineer of the Year Awards (BEYA) named Colbert Black Engineer of the Year, the organization’s top honor. Colbert’s additional notable accomplishments include receiving the 2021 Capital CIO of the Year ORBIE award for leadership; recognition as one of the Most Influential Black Executives in Corporate America by Savoy magazine in 2020 and 2021; becoming the first recipient of the Fisher Center prize for Excellence in Driving Transformation from the Fisher Center For Business Analytics at Berkeley; winning the 2018 Forbes CIO Innovation Award; recognition as one of the Most Powerful Executives in Corporate America by Black Enterprise magazine in 2017; 2017 Morehouse College Bennie Leadership Award for Excellence in Business; recognition as the 2016 National Society of Black Engineers Golden Torch Legacy Award winner; recognition as the HMG Strategy 2016 CIO of the Year; and, being named a 2015 Ebony Power 100 honoree.

Colbert completed the Dual Degree Engineering Program at the Georgia Institute of Technology and Morehouse College with bachelor degrees in industrial and systems engineering and interdisciplinary science.